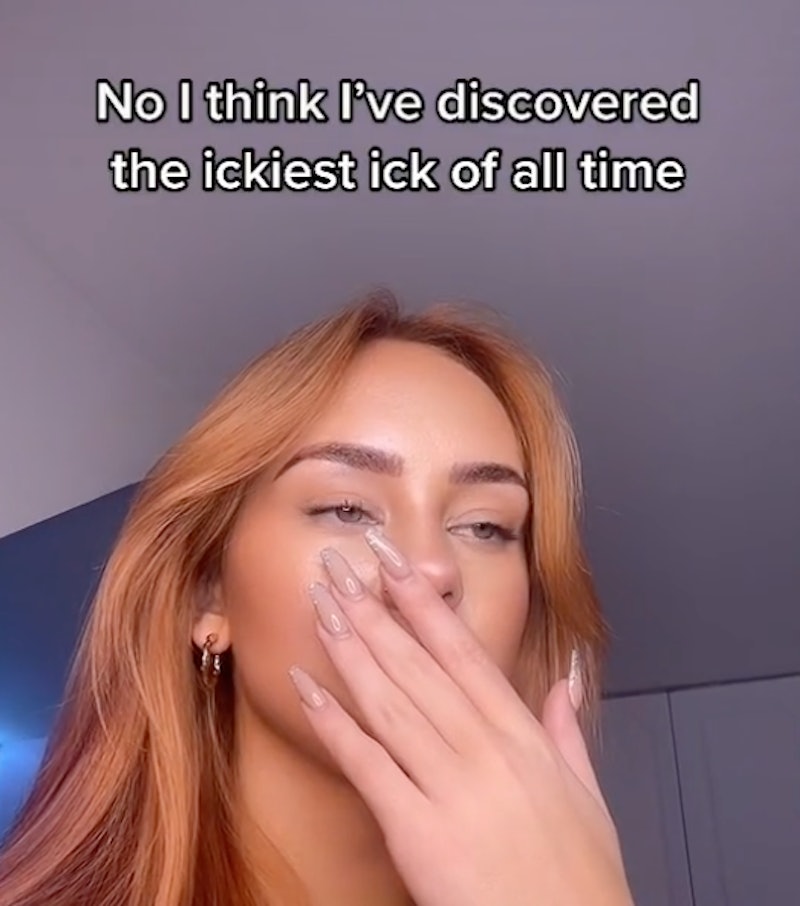 TikTok/@laurenwelxn
By Courtney Young
May 11, 2022

By now, you’ve probably heard of “the ick.” More than hearing of it, you may have been a victim of the ick, if not the subject of one. Yet another term cemented into the lexicon of the ultra online, “the ick” has transformed the dating game online, giving people a label for a feeling they just couldn’t describe when they found something about their suitor particularly unattractive. #TheIck has more than 140M views on TikTok, with #ick collecting 798M views and counting.

To translate “the ick” from the mother tongue of the internet to spoken English, it simply means “a turn-off,” but with a twist. The ick is a guttural kind of turn-off, and one that is completely unexpected and sometimes comes from the smallest action or most minute exchange. But once you’ve got the ick, there is no turning back.

The feeling of “ick” goes back to the stone ages (probably), but the official term stems largely from the UK’s hit reality dating series, Love Island. Urban Dictionary, the historian of the internet age, defines “ick” as, “Something someone does that is an instant turn-off for you, making you instantly hate the idea of being with them romantically.”

Often, the ick is born out of a person’s imagination, rather than reality. For example, people in the dating stage of a relationship will give themselves the ick by imagining their partner doing things like “changing [their] Bitmoji’s outfit,” getting a haircut and “wearing that lil cape,” or “walking back after [their] turn in bowling.”

Of course, some icks are born in the wild, a product of a person’s most embarrassing moment. Some examples of the ick on TikTok include, chasing after a rolling tennis ball, unironic use of emojis, and not liking hummus. If you’re looking for the explanation behind any of these icks, you likely won’t find one. The key to understanding the ick is knowing that some things cannot be explained, some things are just icky. What more can be said?

One user on TikTok, @kevpongg, went viral for his series “how easily girls get the ick,” which has more than 30 parts. With 27.6M total likes, his videos poke fun at the ick trend, hilariously pointing out how cutthroat the dating world can be.

The phenomenon of the ick is yet another reminder from the internet that we really are all living the same life. You’ve likely felt this bone deep, out of the blue, 180-degree emotional flip before, but didn’t have a label to place on it nor a community of others who have felt the same. The internal monologue of “what is wrong with me,” when you find yourself no longer attracted to the person you were just pursuing now has a diagnosis. There’s nothing wrong with you, you’ve just got the ick.