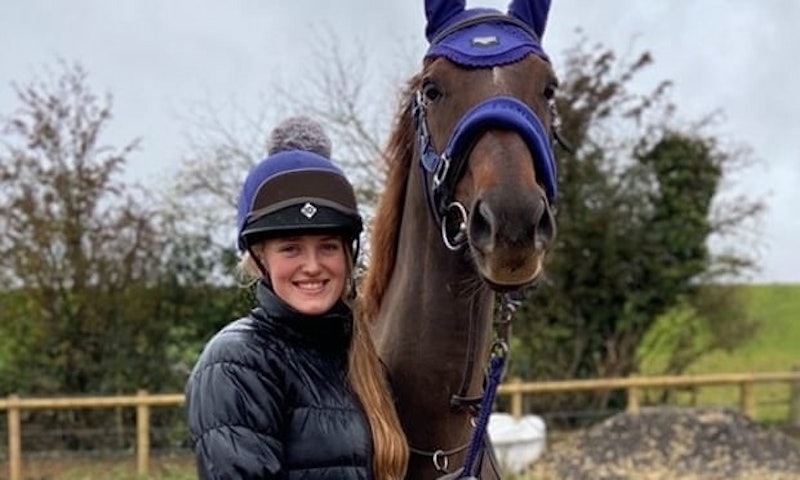 The family of 23-year-old Gracie Spinks, who was allegedly murdered by her former colleague, has called for new legislation providing more support for stalking victims. The petition has already garnered over 100,000 signatures and will be considered for debate in Parliament. But what is Gracie’s Law and how will it protect stalking victims? Here’s everything you need to know.

Who Was Gracie Spinks?

Gracie Spinks, a lifeguard and model, was found fatally injured in a field near the stables where she kept her horse in Derbyshire on June, 18. 2021. It is thought that she was murdered by her former colleague and supervisor, 35-year-old Michael Sellers, who was found dead nearby shortly afterwards, as The Guardian reports.

Spinks had reported Sellers to the Derbyshire Police for alleged stalking just four months before her murder in February 2021, but her concerns were largely ignored. Since her death, the Independent for Police Conduct (IOPC) has “served disciplinary notices on five officers,” while two officers have been served misconduct notices.

“I totally believe that had the police done their job properly, Gracie would be alive,” Spinks’ parents told Sky News.

Gracie’s parents, Alison Heaton and Richard Spinks, have began a concerted campaign to improve laws around stalking and the safety of women. Spinks was described by her father as “a beautiful young woman who lit up the room wherever she went,” and that she had hopes and dreams to “further her swimming teacher career.” She also loved working with her horse, Paddy.

What Is Gracie’s Law?

The petition calling for Gracie’s Law was initially set up by Nurse Jackie Barnett-Wheatcroft, who herself was stalked as a teenager. As explained on the petition:

“The Government should provide more funding for stalking advocates for victims of stalking. This would help support victims, and should also help the police to investigate cases more thoroughly, potentially helping prevent threats to life.

“Funding increased provision of stalking advocates should prevent further harm from stalkers to their victims, including death. This should help prevent unnecessary distress and suffering to victims and their families.”

So far the petition has garnered over 105,000 signatures. Speaking to BBC Breakfast, Gracie’s father said: “We'd like more funding for individual constabularies, it's a bit of a postcode lottery, really. The training that the officers get in each constabulary needs to be consistent across the board.”

Barnett-Wheatcroft also told the BBC: “I would like a separate pot for stalking - for investigations, for the CPS, for the courts - in order to prioritise stalking cases."

What Has The Government Said About Gracie’s Law?

On Aug. 27, 2021 the UK government provided an official response to the petition:

“The Government is committed to protecting and supporting victims of stalking and is determined to do everything it can to stop perpetrators at the earliest opportunity. The Government provided additional funding to stalking charities to help support victims, including funding specifically for advocacy, both this year and last…

The Home Office provided £97,000 of funding to Paladin National Stalking Advocacy Service to enable them to engage additional Independent Stalking Advocacy Caseworkers between April 2020 and March 2021 and thereby help to address the risks to victims during the coronavirus pandemic.”

The full statement can be read here.

Despite the initial government response, Spinks’ parents believe more can be done. As it has reached the 100,000 signature threshold, the petition is now eligible to be considered for debate in Parliament. “We have to get organised and get the debate read in Parliament and get changes implemented," Richard told BBC Breakfast.

“We're going to personally present the petition to Parliament, hopefully in the next couple of weeks," Heaton added.

A date is yet to be set for the debate in Parliament.