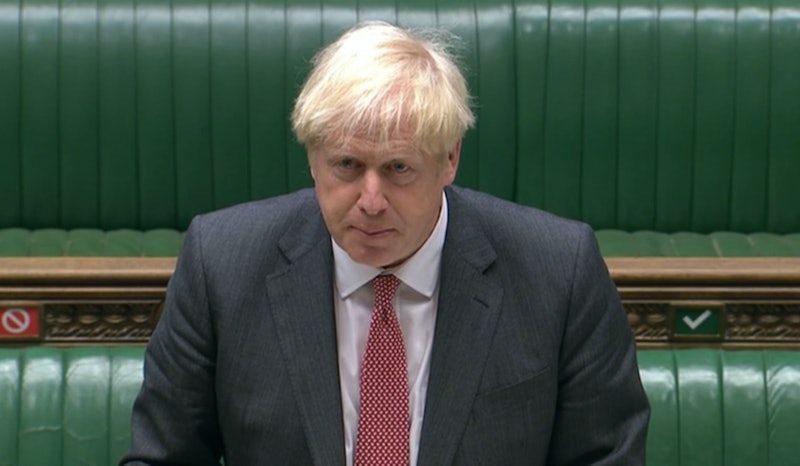 The COVID-19 vaccine may remain the main talking point in Britain, but Brexit negotiations remain ever present, including controversy over the Internal Market Bill. Theresa May, Tony Blair, and John Major are just some of the prominent voices to have voiced their criticism and, on Oct. 1, the EU confirmed it would be taking legal action against the bill. But what exactly is the Internal Market Bill, and where do we stand now with it?

Where do we stand with Brexit?

While the UK left Europe on January 31 under something called the Withdrawal Agreement, this "only set out the process of how the UK would leave the EU, not the future relationship," per BBC News. The UK is now in the final stages of its 11-month transitional period where the government must negotiate the terms of everything from trade to immigration and aviation to fishing.

During this time, the UK remains in the single market, which allows free movement from one EU member country to another of goods, people, services and capital. It also standardises national rules on trade across member states.

What is the Internal Market Bill?

Under EU law, the UK's four countries, England, Scotland, Wales, and Northern Ireland, were treated as one "bloc" and all adhered to the same rules when it came to the single market. Once we leave the EU, we leave the single market, and The Internal Market Bill aims to mimic its basic principles on a nation-wide scale, creating common rules that apply across the UK.

Although MPs backed the bill in the Houses of Commons on Sep. 1 by 340 votes to 263, it has not come without its controversy.

Despite the fact that the new bill promises Edinburgh, Belfast, and Cardiff will be given new powers to create their own laws in 160 policy areas once the transition period is over, the Scottish government has raised concerns, stating a Westminster "power grab" is under way. This is because the Internal Market Bill effectively states that governments will have to accept certain goods and services from all other parts of the UK, even if they have set different standards locally.

Does the bill break international law?

The biggest controversy of all, however, is to do with the Northern Ireland Protocol. The Internal Market Bill would seek to change the terms of this protocol, which is a crucial – and legally-binding – part of the Withdrawal Agreement.

The Northern Ireland Protocol stated that Northern Ireland would remain in the EU single market on goods. This means it would continue to enforce the EU's customs rules and follow its rules on product standards.

However, under the Internal Market Bill, Northern Ireland would have the right to overrule or ignore parts of EU customs law.

The reason this is an issue is because Article 4 of the Withdrawal Agreement stated that the Northern Ireland Protocol would take legal precedence over anything in UK domestic law.

After concerns were raised that the bill may break international law, Northern Ireland secretary to the Government Legal Department Sir Jonathan Jones admitted that it will "in a specific and limited way,"n the BBC reports. Irish Minister Simon Coveney said this admission was "gravely concerning" and that "any unilateral departure from the terms of the withdrawal agreement would be a matter of considerable concern and a very serious step."

President-elect Joe Biden has raised concerns about the bill too, reports the Guardian. The government has insisted that the clauses are a "crucial safety net" and aim to safeguard Northern Ireland's businesses and producers, allowing them to continue to have unfettered access to the UK.

Were the controversial clauses overturned?

On Nov. 9, peers in the House of Lords voted (433 to 165) to remove the section of the bill that would allow ministers to break international law, reports BBC News.

However, on Dec. 6 – right as the UK and EU entered end-game negotiations – it was reported that the government plans to reinstate the controversial clauses should Brexit talks go south. Boris Johnson has described them as a "safety net" for the UK and MPs are set to vote on the legislation on the evening of Dec. 7.

What has the EU said in response?

On Oct.1, the EU confirmed it would be starting legal action against the Internal Market Bill. Brussels has said that the Prime Minister is breaching the "good faith" promise made by both sides when signing the Withdrawal Agreement and EU Commission President Ursula von der Leyen has announced that "infringement proceedings" are being launched. Johnson and von der Leyen are due to talk on the evening of Dec. 7 when presumably they will try to come to some sort of agreement about the Internal Market Bill, among other Brexit-related issues.

This article was originally published on Sep. 15, 2020