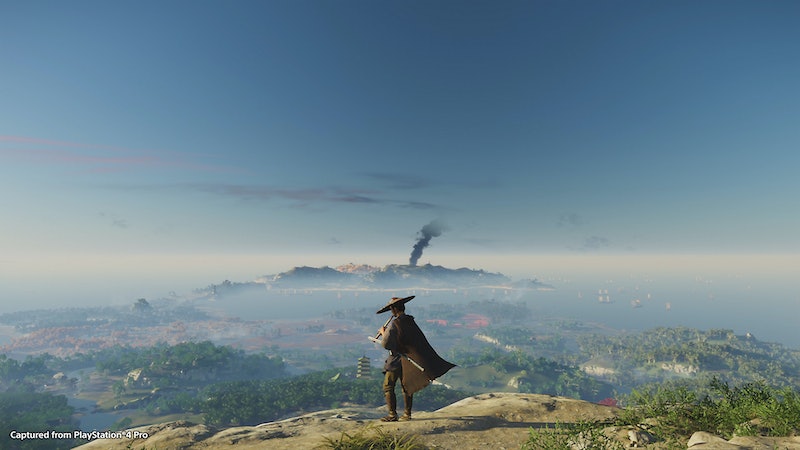 The PlayStation 5 may just be in reach, but that doesn't mean Sony Interactive Entertainment have forgotten about the PS4 already. The game company are still pushing for console exclusives, and the latest to take the gaming world by storm is Ghost of Tsushima. Currently holding the number one spot in the UK game charts, its already becoming a mission to find a physical copy of the game. So here's where to buy Ghost of Tsushima in the UK, and what to expect from this open-world samurai adventure.

What's the premise of Ghost of Tsushima?

Developed by Sucker Punch Productions, Ghost of Tsushima is set in the late 13th century on the Japanese island of Tsushima. Players take on the role of Jin Sakai (voiced by Daisuke Tsuji), a samurai warrior seeking revenge following an invasion led by general Khotun Khan of the Mongol Empire (Patrick Gallagher).

The game features an open-world setting which players can traverse freely, without the guidance of waypoints (to help with navigation). Gameplay-wise, your weapon of choice is a katana which can be used to strike and kill enemies either through direct confrontation or silently through stealth mechanics. And since you're playing a samurai, after all, the latter is the recommended choice of combat.

Why are physical copies so hard to come by?

Since its release on July 17, Ghost of Tsushima has massively outperformed initial predictions. So much so that Japan is now experiencing a shortage of physical copies due to high demand, per Video Games Chronicle. While there's no way to know how much stock was ordered for the game in the UK, Amazon are already running low and priced higher than on the PlayStation store (£59 compared to £54), and it's also coming from a third-party seller.

If you're looking for a cheaper price, Argos, Smyths and Game still have the game in stock for £49.99. It's also worth checking your local Asda, Sainsbury's, or Tesco as they'll most likely have it in the entertainment section seeing as it's top of the charts.

Can you buy the game digitally?

Yes, you can. While physical copies are often preferred, the digital copy is the same just without the box and disc. All you have to do is log on to your PlayStation account, purchase the game through the PS Store, and proceed to download it to your system. It's as easy as that!

More like this
WhatsApp Will Soon Let You Leave Group Chats Silently
By Darshita Goyal
13 Selfie Instagram Caption Ideas That Exude Main Character Energy
By Jessica Booth and Emma Carey
What We Know About Where Caroline Watt Is Now
By Catharina Cheung
Lewis Hamilton Turned Down A Role In 'Top Gun: Maverick' For This Surprising Reason
By Darshita Goyal
Get The Very Best Of Bustle/UK