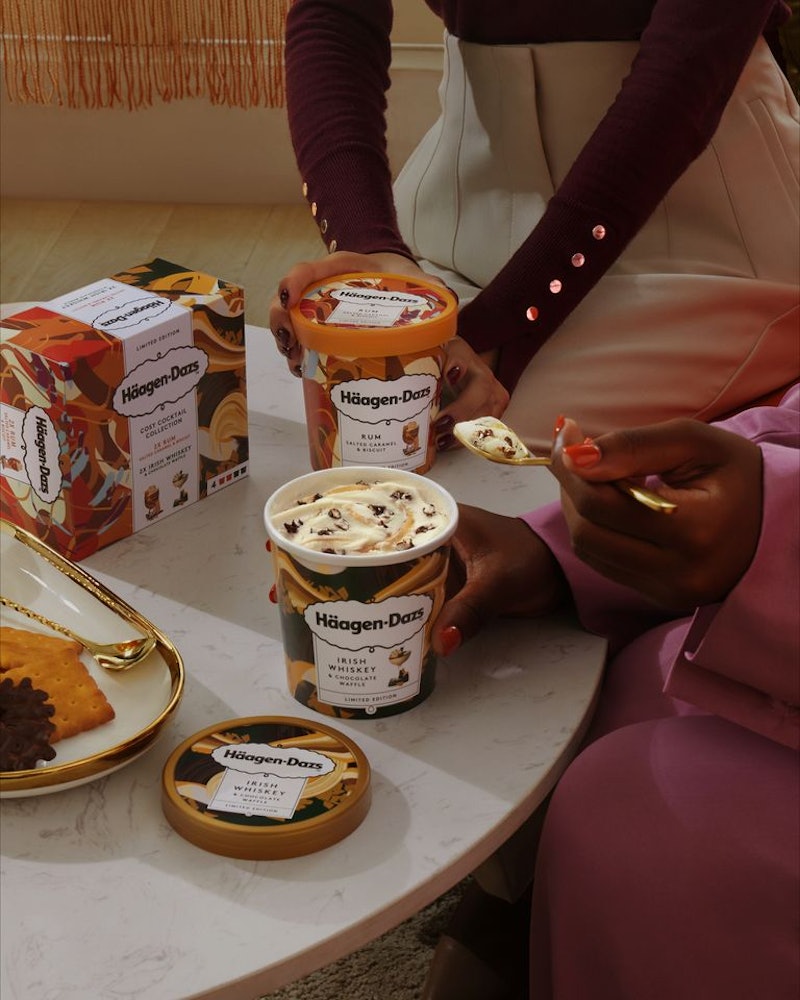 The temperature may be getting colder outside but I’m certainly not ready to give up any cold treats. Thankfully, luxury ice-cream brand Häagen-Dazs has just released two brand new winter flavours in time for the festive season. Featuring decadent, cocktail-inspired flavour combos, they sound like the ideal ice cream tubs for a grown-up palette.

Then there’s the Irish Whiskey and Chocolate Waffle flavour, which contains a mix of “Irish whiskey sauce and delicious waffle pieces.”

Both ice creams contain less than 0.5% alcohol by volume and promise to bring maximum indulgence to dessert.

The new flavours became available last week (September 27) and can be found in the frozen aisle of most mainstream UK supermarkets, including Tesco, Morrisons, Waitrose, and Sainsbury’s.

If you’re planning to stock up, the full-sized Häagen-Dazs ice cream tubs are £4.99 a pint, or you can enjoy mini versions as part of the Cosy Cocktail Selection Box (you know, to pace yourself). The selection boxes appear to vary in price depending on the retailer but should come in at under £5 also.