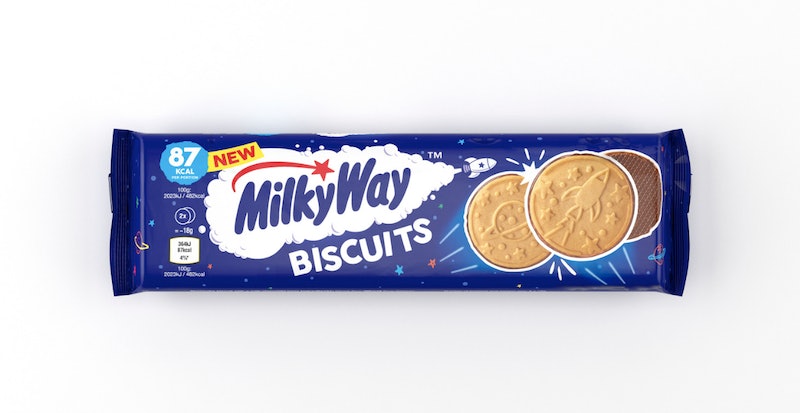 Get ready for another out-of-this-world treat from Mars, because they’ve managed to transform their delicious Milky Way bar into a biscuit.

Made with a vanilla base and dipped in chocolate, you can get your hands on these dunkingly brilliant biscuits on September 1 from B&M stores across the country before making their way to Asda stores a couple of weeks later. Best of all? The 12 pack of Milky Way biscuits will cost only £1. A total bargain.

The decoration on these new biccies is pretty great, with four embossed images on the top of each relating to something space-themed. From what has been shown so far, this includes planets, stars, rockets, and satellites.

The only major catch to be aware of here is that MilkyWay biscuits will not contain the nougat filling that the sweets are known for. I know, right? Sad.

However, even though there’s no nougat in sight, these biscuits do look enticing. And according to Food Review UK on Instagram, they actually taste very similar to Cadbury’s Animal Biscuits. “Is that a good thing?” they ask, “Oh. It’s a freaking great thing.”

It’s not yet known whether Milky Way biscuits will be available in other supermarkets like Tesco, Sainsbury’s or Waitrose, but I wouldn’t be surprised if they found their way onto those shelves, too. Watch this space.