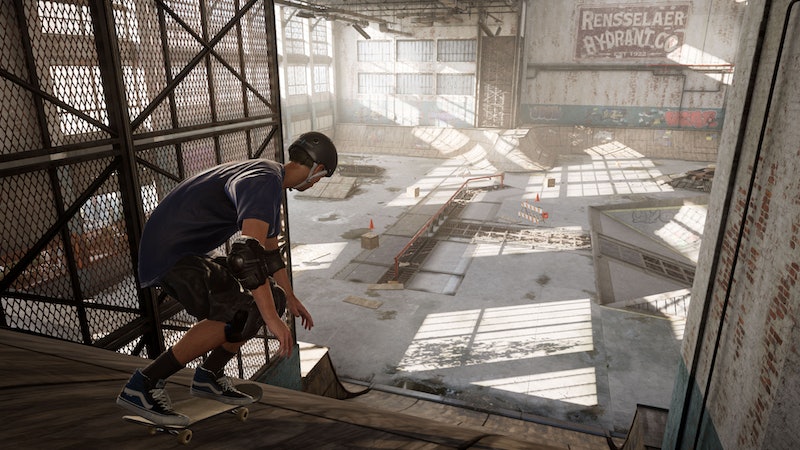 It's been a long time coming, but Tony Hawk's Pro Skater is finally getting the remaster treatment. Released in 1999 for the PlayStation, the game allowed players to take control of the professional skateboarder and complete timed objectives by performing a multitude of skating tricks and combos. It spawned an entire series dedicated to Hawk, including four more Pro Skaters among a variety of other titles.

Developed by Vicarious Visions and published by Activision, the upcoming remaster combines the first two games in the Pro Skater series and is set for release on Sept. 4. Tony Hawk's Pro Skater 1 + 2 is available for pre-order, and GAME are offering an awesome exclusive that includes a full-size deck from Birdhouse, the skateboarding company formed by Hawk and Per Welinder in 1992. This Collector's Edition also includes the Digital Deluxe edition content, which offers retro outfits and content in Create-A-Skater mode.

Both the PS4 and Xbox One versions of the Collector's Edition are currently out of stock on GAME, but The Digital Deluxe edition is still available to pre-order on Xbox One, PS4, and PC for £49.99. Amazon also has its own exclusive physical copy for £39.99, which includes three vinyl stickers and four skater bio cards.

Announced on May 12 with a nostalgia-inducing trailer, the game is set to feature the original roster of skaters and its punk and ska-infused soundtrack. While the gameplay will obviously be improved upon, Vicarious Visions managed to get a hold of the original handling code from Neversoft, who developed the first game. "We started with that as a foundation and then layered on what we needed to modernise it," Vicarious Visions head Jen Oneal told IGN.

Apart from a few new moves and challenges, the team also decided against adding new gameplay features so that players can utilise their muscle memory. The dramatic overhaul is the photo-realism, which is astounding when you compare it to the blocky graphics of the PS1.

"We're using scanned material from getting the skaters to come back and get scanned, photogrammetry references and textures and assets within the environment," Oneal explained. "So it all looks just luscious and beautiful."

More like this
This Wordle Rival Is Taking Social Media By Storm
By Sam Ramsden
Ashamed Of Your Screen Time Stats? Here's How To Change That
By Alexis Morillo
How To Turn Off TikTok Profile Views So You Can Stalk Other Accounts In Secret
By Alexis Morillo
Every Single Thing In Maya Jama’s 'Love Island' Wardrobe
By Darshita Goyal
Get The Very Best Of Bustle/UK
Sign up for Bustle UK's twice-weekly newsletter, featuring the latest must-watch TV, moving personal stories, and expert advice on the hottest viral buys.

This article was originally published on May 19, 2020