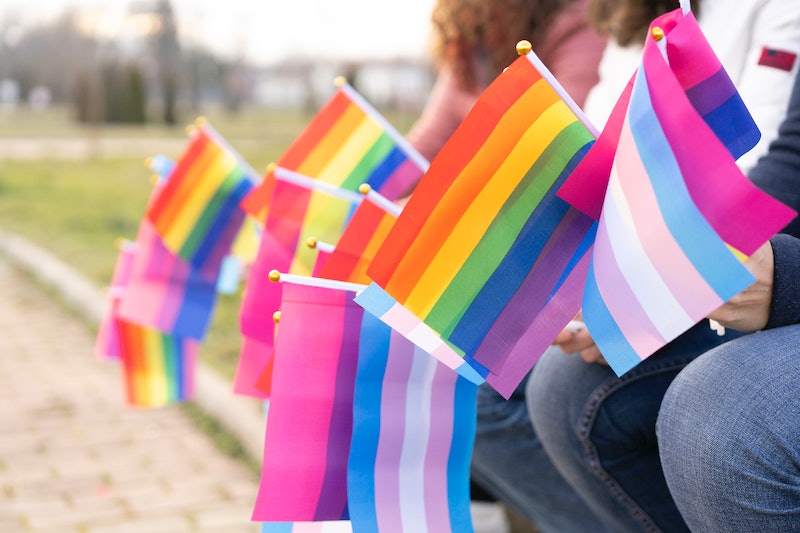 The LGBT advisory panel was set up in 2018 under Theresa May’s government in order to address issues faced by the LGBTQ+ communities and give advocates a platform. However, on April 13 it was announced that the panel had been disbanded.

It’s been reported that Liz Truss wrote to the remaining members of the panel, which was set up to offer the government insight “on issues and policies concerning lesbian, gay, bisexual and transgender people”, to explain that it would be disbanded and replaced with something else.

The government is currently investigating LGBTQ+ conversion practices in the UK. Stonewall outlines that conversion or cure therapy refers to any treatment which aims to change or suppress someone's gender identity or sexual orientation. On March 11 three members of the LGBT advisory panel, which was set up as part of the LGBT Action Plan, resigned and criticised the equalities ministers Liz Truss and Kemi Badenoch for the way that they’re dealing with the issue.

Director of the Global Interfaith Commission on LGBT Lives, Jayne Ozanne was one of the panelists to resign. She wrote in a tweet, “It was a force for good, where the needs of LGBT people could be heard and understood,” but that the government’s decision “does nothing to rebuild trust or reassure the LGBT community of their grave concerns.”

What will happen now?

On April 13 the Government Equalities Office wrote in a statement seen by the BBC, “The LGBT Advisory Panel was created under the previous administration and the term of all panel members ended on March 31. The Minister for Women and Equalities has written to panel members to thank them for their contributions, and plans for a replacement for the panel will be set out in due course.” Gay Times reported that the government has tried to dispel the idea that by disbanding the panel LGBTQ+ issues aren’t a top priority.

In the statement, Truss said, “I will also be shortly making an announcement concerning the International LGBT Conference and convening a new body that will take international LGBT rights forward." A spokesperson for Boris Johnson also outlined that, despite the fact the panel had been disbanded, “we are committed to this important work and will continue to drive it forward.” However, it’s unclear what that will look like currently.

The government has been criticised from both parties in parliament over the way it has dealt with the ban on conversion therapy and the disbandment of the LGBT advisory panel. Some ministers have said they feel the disbandment suggests the issues faced by LGBTQ+ communities aren’t a priority. According to the Guardian the shadow minister for schools Wes Streeting said, “Well that’s one way of preventing further resignations, but it does tell the LGBTQ+ community exactly where we stand with this government.”

Meanwhile, Gary Sambrook, the Conservative MP for Birmingham Northfield, shared concern that conversion therapy still hadn’t been banned and a disbandment of the panel may only set this back further. He told the Guardian “I want to send a message to the government that it has been three years since this promise to ban conversion therapy. We have got to get on with it and make sure that we deliver on it.”

Nancy Kelley, chief executive of LGBTQ+ rights charity Stonewall was one of the members of the panel before it was disbanded. She told the BBC that the LGBT advisory panel weren’t just working with the government on policy to ban conversion therapy. She explained that the pandemic has exacerbated pre-existing inequalities experienced by LGBTQ+ communities, especially when it comes to mental health. The panel used their expertise to provide a voice for the LGBTQ+ communities in government. Now the panel has been disbanded, it is unclear who will advocate for these communities to those in power.

A study conducted by University College London (UCL) and Sussex University highlighted how the pandemic had left some in the LGBTQ+ communities in a more dangerous position. They found that 69% of respondents suffered depressive symptoms, rising to about 90% of those who had experienced homophobia or transphobia. Almost 10% of people reported they felt unsafe in their homes.

Kelley has pledged that Stonewall, along with the other former-members of the panel will continue to fight for equality, whether it’s on the panel or not. ‘The trust and support of our communities cannot be taken for granted. It has been almost one thousand days since the UK Government promised to ban conversion therapy, but actions speak louder than words, she said, “We have waited long enough, now is the time for the UK Government to act.” You can write to your MP to call the government to act on banning conversion therapy.

More like this
Gen Z Are Twice As Likely To Identify As Queer, According To New Data
By Sam Ramsden
Pret & Costa’s Coffee Is The Strongest On The High Street, According To Which?
By Sam Ramsden
Watch Jacinda Arden’s Devastatingly Honest Resignation Speech
By Sam Ramsden
Here’s What TikTok's "Mascara” Trend Is *Really* About
By El Hunt
Get The Very Best Of Bustle/UK
Sign up for Bustle UK's twice-weekly newsletter, featuring the latest must-watch TV, moving personal stories, and expert advice on the hottest viral buys.