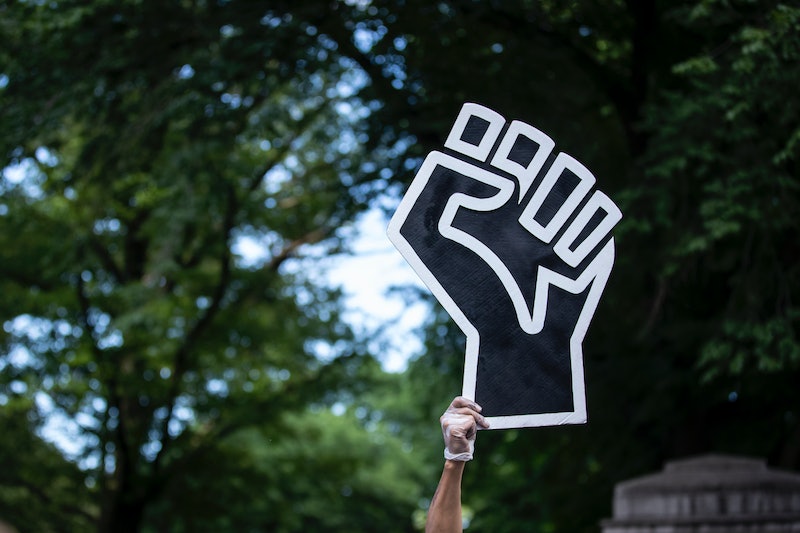 Juneteenth, or Emancipation Day, was first celebrated in 1866 — and yet it's still possible for an American to not know what it is. That's only one reason why Juneteenth should be a national holiday. More importantly, though, it's an important part of our national memory, and it deserves the recognition to match its importance.

For those who need a primer on Juneteenth, the celebration began as a commemoration of June 19, 1865, when Union troops arrived in Texas and freed enslaved people. This was actually two years after the Emancipation Proclamation and even the passing of the 13th Amendment, which abolished slavery, but Texas was so geographically isolated that this became the day when slavery "ended" in the United States.

The former enslaved people began celebrating it the following year, and Texas was the first state to recognize it as a state holiday in 1980.

Since then, many other states have moved to officially recognize it, but national legislation still hasn't made its way through Congress. Juneteenth was officially considered a federal holiday in 2021 but this only means federal and government employees get off of work for this day, with some companies deciding to follow suit. A national holiday would mean everyone gets off of work.

But a slight nod to a crucial advancement in America's Black history is not enough. Recent events of the last few years — including the killings of George Floyd, Breonna Taylor, Tony McDade, Nina Pop, and countless other Black people — have more than demonstrated that America seems to care too little too late when it comes to Black lives. Officially recognizing holidays like Juneteenth is a good place to start.

Slavery falls squarely into the category of history that is uncomfortable to talk about, made even more complicated by the fact that the U.S. came in late to the abolition game. Because of that, the day doesn't exactly match a great national achievement in the way that July 4 does. For the enslaved people who were freed that day, though, that moment most likely had a greater effect in their lives than the symbolic Declaration of Independence from Britain did in the lives of the American colonists. This wasn't some sort of existential freedom from unfair taxation and an antiquated monarchy; it was a literal release of thousands of people who were captive.

Recognizing and celebrating the positive parts of complex and contested historical moments (i.e., the moments when the oppression ended) is also an important and often effective way of creating national unity.

Adding Juneteenth to those ranks would be another way of showing that the country is serious about embracing its diversity and celebrating its most important struggles. It's not just a day for the descendants of those freed enslaved people — it's a day that everyone in the country should celebrate, because the country became a freer place that day.

More like this
64 Genius Gift Ideas For Every Single Guy In Your Life
By Teresa Newsome, Mia Mercado and Brittany Leitner
12 Easy Halloween Costumes You Can Wear With A Denim Jacket
By Kirsten Nunez and Bustle Editors
How To Dress Up As A ‘Squid Game’ Character For Halloween
By Emma Carey
The 19 Best Tweets & Memes About Bisexual Awareness Week
By Lexi Inks
Get Even More From Bustle — Sign Up For The Newsletter

This article was originally published on June 19, 2017