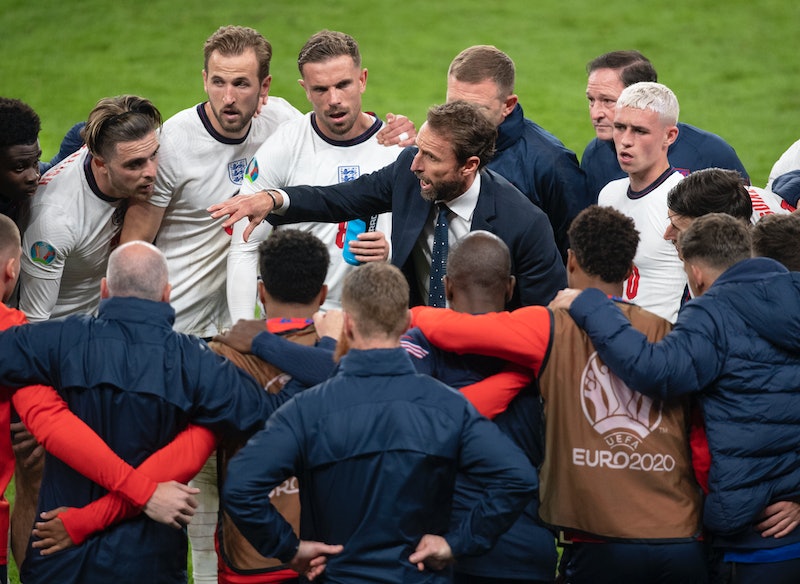 A record 27 million people tuned in to watch England beat Denmark 2-1 on Wednesday night, a victory that has sent them through to the Euros 2020 Final on Sunday, July 11.

Scenes in central London on Wednesday prove just how excited fans were about the win. Now the same fans will be gearing up for the match versus Italy, with some even calling for a Monday bank holiday should Harry Kane’s squad emerge victorious. But what’s the likelihood of that happening, exactly?

Well, things are sounding somewhat promising. Boris Johnson — while not confirming anything — has refused to rule it out, commenting that making plans too early could be bad luck. When asked about whether Monday could be declared a bank holiday, Johnson replied: “I think that would be tempting fate; let’s see what happens.”

The Prime Minister’s official spokesperson later added, “I don’t want to pre-empt the outcome of Sunday’s match. Clearly we want England to go all the way and win the final, and then we will set out our plans in due course.”

When asked what business owners should be doing in preparation, the spokesperson said, “We would want businesses who feel able to consider it if they can, but we recognise it will vary depending on the business and company.”

A petition hosted on the Parliament website has seen over 330,000 people sign in order for a Bank Holiday to be declared the following day after the game.

“Sunday 8 p.m. is a difficult time for families to plan to be together for the event – knowing we have an additional day off the next day would significantly help this,” the petition reads.

“Furthermore, a historic win should be celebrated. It would be expected for the winning team to parade the trophy, and a bank holiday would be a perfect time to do this. Also, English people would naturally want to continue to enjoy the win, giving the retail and leisure industry a much-needed opportunity to make up lost revenues,” it continued.

If a bank holiday were to be called, it would have to be suggested by Boris Johnson, and followed with a Royal Proclamation from The Queen herself.

More like this
Footballer Jake Daniels Shared His Thoughts On A World Cup Boycott
By Sam Ramsden
Iran Has Issued A Death Sentence Over Mahsa Amini Protests
By Catharina Cheung, Darshita Goyal and Maxine Harrison
Joe Lycett Just Took HIs David Beckham Qatar Protest To A Whole New Level
By Sophie McEvoy
Looks Like Jack Grealish Found The Sandy To His Danny
By Sophie McEvoy
Get The Very Best Of Bustle/UK