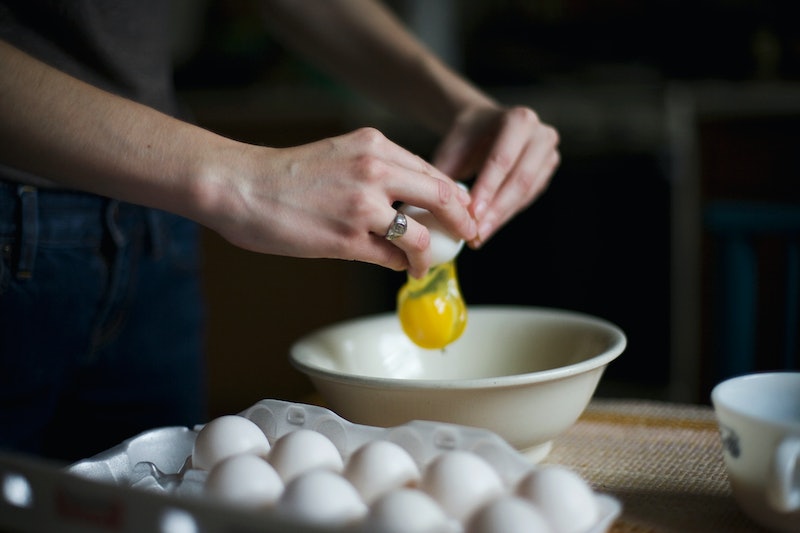 Scrambled eggs are just one of those foods. You know, the type that seem simple enough in theory, and yet have somehow generated many tutorials, hacks, and recipes — each only slightly tweaked from the last but still garnering their own loyal following. Perhaps Chrissy Teigen’s recipe is your holy grail, or you swear by Anthony Bourdain’s. Well, I’m sorry to tell you that there’s a new contender in town: J. Kenji López-Alt’s viral recipe that promises the fluffiest, creamiest scrambled eggs with the help of one unexpected ingredient. Maybe it’s time to reconsider your favourite?

The American chef’s secret trick? Adding starch. In an article for The New York Times, López-Alt explains that he stumbled upon this hack by way of Mandy Lee, a Vancouver-based Taiwanese food blogger who runs the website Lady & Pups. Cooking for her sick puppy, Lee found that adding cornstarch to her eggs allowed them to remain silky and soft. Multiple experiments with starch were able to replicate this result, even when the eggs were cooked over high heat.

In fact, the use of starch to enhance egg recipes is not entirely a new phenomenon. It is a common ingredient used in Chinese cooking to keep omelettes fluffy on the outside while crispy on the outside.

But how does this figure into your morning scrambled eggs? López-Alt claims that applying this technique speeds up cooking time, writing that “it takes on new life when combined with Mr. Boulud’s cold cubed butter and my own modest evaporation method of gauging proper pan temperature.” He added, “Now even my weekday morning eggs can be as velvety and tender as I’d like.”

What you’ll need: 2 teaspoons of starch (potato, tapioca, or cornstarch will do), 4 tablespoons of cold unsalted butter (cut into quarter-inch cubes), 4 eggs, and a pinch of salt.

He then adds the starch to 1 1/2 tablespoons of water to form a slurry. He adds half the butter cubes, eggs, and salt to this slurry and whisks it till it’s combined and frothy.

To properly gauge the heat of the pan, he adds a little water — roughly a tablespoon — to it. The water helps to regulate the heat of the pan, and once it’s almost fully evaporated, that’s a sign that your pan is at the right temperature, just above 100 degrees Celsius or 212 degrees Fahrenheit.

In the pan, melt the remaining butter until it is almost fully melted, which should take about 10 seconds. Take caution to ensure the butter doesn’t brown. Add the egg mixture to the melted butter, and using a spatula, push and fold the eggs. Do so until they just slightly underdone compared to how you usually take your eggs, because the remaining heat will continue cooking them. It should only take about a minute or two, depending on your preferred doneness. Et voilà — scrambled eggs!

It sounds simple enough, doesn’t it? And it looks delectable, too — López-Alt pairs his luscious eggs with two slices of toasted bread. A perfect breakfast. Why not give it a try? You can thank us later.