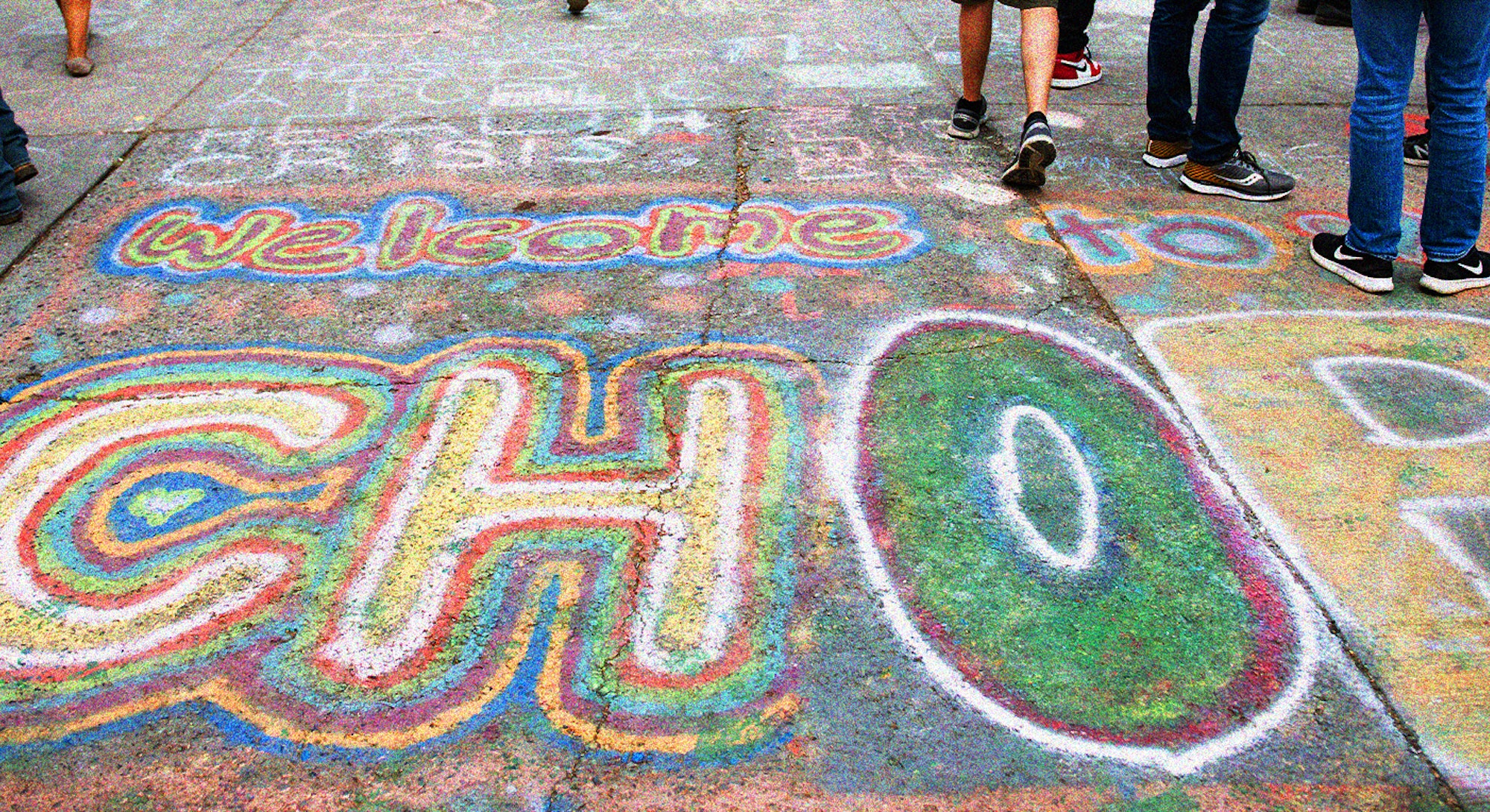 Have you heard of CHAZ yet? What about CHOP? They sound like the names of SoundCloud rappers or acronyms for obscure military protocol, but CHOP in fact stands for Capitol Hill Occupied Protest, formerly known as the “Autonomous Zone.” The zone refers to six blocks in central Seattle — stretching from the Seattle Police Department’s East Precinct to the north end of Cal Anderson Park — where cops are not allowed. CHOP was established on June 9 when SPD packed up and abandoned the precinct following 10 days of demonstrations against police brutality on the block. But what you think CHOP means depends on where you get your news. It’s not “domestic terrorism,” as President Donald Trump says. Nor is it the White Claw-soaked yuppie festival Twitter makes it out to be, though it seems to be moving in that direction. CHOP is a space to gather during the Black Lives Matter protests of June 2020 without state laws and the people that enforce them. This is not a way of life we lead, so it’s hard to imagine. But take my word: It’s pretty f*cking great.

On Thursday afternoon, the main stretch of CHOP, East Pine Street, was taped off for painters to work on their designated letter of a “Black Lives Matter” street mural. One week earlier, the street saw rubber ball grenades, tear gas, and an active shooter. To the north, in Cal Anderson Park, people had set up a few dozen camp tents as well as stations for cooking and medical support. Kids climbed rocks newly spray-painted with “ACAB.” Friends sat in socially distant clusters on the artificial turf, sipping beers in the sun with their mask pulled down and listening to live jazz piano. Wandering up Pine to the East Precinct, strangers asked if I wanted a squirt of hand sanitizer or to sign a petition to tax Amazon. There were water bottles and premade snack bags lining the sidewalks and a growing “no-cop coop” where “kindness is the currency” for tampons, pizza, and toothpaste.

In a press conference Wednesday, Seattle’s assistant chief of police had described “anecdotal” reports of armed checkpoints at the border of CHOP, storefronts being charged to operate, and scared residents — all of which was repeated by national news outlets. But, on Thursday, CHOP didn’t feel any more or less “scary” than a normal day in the city as a white cis woman, aside from the threat of police or white supremacists infiltrating the zone and retaliating against protesters. Routinely, an organizer following the police scanner hears of approaching police and calls for more bodies at the plastic orange barricades that mark the edge of “free Capitol Hill.”

Wandering up Pine to the East Precinct, strangers asked if I wanted a squirt of hand sanitizer or to sign a petition to tax Amazon.

“Has anyone been IDed by anyone, at any point, in the autonomous zone?” a speaker asked a group of more than a hundred sitting outside East Precinct. Not a single hand was raised. The crowd cheered, because the congregation would not be an opportunity for police intelligence gathering. “Have any businesses been extorted?” the speaker continued. “No. In fact, they told us that we have been ‘wildly respectful.’”

At CHOP, any participant who has something to say is welcome to speak. “Keep it decentralized,” a speaker explained. “We don’t need leaders making speeches 24/7. White people, I need you to know that the Seattle Black community is not a monolith. This movement has different goals.” The zone is anarchic — it refuses to replicate the systems of hierarchy and governance that exist outside of it — which takes some getting used to. It’s hard not to scan the crowd for the figurehead who will translate and simplify the movement. Rapper Raz Simone was identified as a CHAZ “warlord” for confronting a tagger writing over someone else’s work, but Simone is not leading the justice movement — in fact, he has been called out by organizers for his treatment of women. The most suited-up people I encountered wore goggles and wooden shields; they greeted me with “Are you good?” and bid “Stay safe and stay strong” as goodbye.

At one point, a white speaker called upon other white people to be more meaningful allies. “Don’t blame Black people for what you’re doing,” a woman called out from the crowd. “We didn’t make this Burning Man thing.” Behind her, CBD tinctures were being passed around, as sanitarily as possible. There were a lot of puppies and a lot of pictures being taken of the puppies. “We didn’t come down here for a photo op, we came here to change the world,” one man whined when his dog was commandeered by a professional photographer juggling a few thousand-dollar lenses. CHOP does not feel like an explicitly Black space, and the deliberate lack of central organization — to prevent the identification and persecution of leaders — can make it hard to see the role Black activists play in the zone.

On Sunday, the crowd seemed to have grown by an order of magnitude. People struggled to hear the Black speakers because of the hobbyist drones flying overhead. Organizers on megaphones asked us to clear a path for the Ben & Jerry’s truck, which was giving out free sample-size scoops. Early in the weekend, a march out of the zone and through the wealthy neighborhood of Madison Park chanted, “Out of your homes, into the streets.” Now, it seemed as if those people had come out, and their presence couldn’t help but defang CHOP’s radical demonstration of self-sufficiency. The community gardens planted by urban sustainability professional Marcus Henderson are a less powerful symbol of reclamation when food trucks are there to provide for the people. “I liked it better when we were taking sh*t,” one protester said. “A man died and we’re in the park partying.”

At a Sunday teach-in led by Black femmes and dubbed “This ain’t a picnic,” artist and activist Jaiden Grayson reminded attendees that we all have different roles in an occupied protest and, for white people who do not bear the brunt of police violence, “human shield” takes precedence over “partygoer.” At any moment, she says, the National Guard could decide it wants to shut CHOP down. Organizer Cameron Lavi-Jones urged attendees not to let Seattle Mayor Jenny Durkan’s praise for CHOP potlucks distract from the movement’s ambitions. The demands from “the people who freed Capitol Hill” begin with abolition of the beyond-reform Seattle Police Department and its attached court system, a retrial of all people of color, reparations for victims of police brutality, and an end to prosecutorial immunity, to name some. They demand more Black and Indigenous representation in public school curriculum. They also demand de-gentrification of Seattle.

CHOP is a middle finger to police brutality and to the capitalist greed, private property, and real estate values that police protect and serve, too often at the cost of human life.

In the '70s, more than 73% of Central District (Capitol Hill’s adjacent neighborhood) residents were Black, compared with Seattle’s total Black population of 7%, because it was one of the few areas where Black people could legally buy a home until 1964. In the 1960s, Capitol Hill was a meeting place for the Congress of Racial Equity and the country’s first gay counseling center. But the tech boom — and the extreme success of Amazon in particular — transformed the city and its “majority-minority” spaces. As the cost of living rises, nonwhite Seattleites are pushed out of the city limits entirely, while Aesop and the Starbucks Reserve Roastery open in Capitol Hill. In the last 10 years, home prices in Seattle increased by 87%, independent businesses have closed, and the “keep Seattle weird” bumper sticker spirit has dampened. In 1990, 50% of Central District residents were Black. Today, fewer than 18% of Central District residents are Black, while the area white population has climbed to nearly 60%.

This is part of what makes CHOP powerful: It’s a middle finger to police brutality and to the capitalist greed, private property, and real estate values that police protect and serve, too often at the cost of human life. In CHOP, people come first. “We have always had a need for a commons in Seattle. Where was this happening before?” says an organizer of the “conversation corner,” a street space with couches, chairs, candy and copies of White Fragility, Pleasure Activism, and So You Want to Talk About Race. Nearby, one man is trying to convince another that segregated schools are a bigger problem than single motherhood.

It’s easy to mourn how CHOP itself is becoming gentrified but, for now, those concerns are largely superficial. CHOP only exists because Black visionaries were victorious after 10 nights of battling the same violence that kills one in every 1,000 Black men. CHOP is not the end goal, which is why the name changed from “autonomous zone” to better reflect its intentions. Some protesters see “occupied protest” as a reference to occupation tactics in the French Revolution, a movement that did succeed in overthrowing the ruling class’s absolute power. For now, CHOP is a meeting place for revolutionaries to strategize and envision something new. So far, protesters have successfully terminated the curfew and ensured SPD compliance with federal oversight. While not on the list of immediate demands, CHOP also planted seeds for a society that gladly feeds the hungry and screens Ava DuVernay movies in the street. Not a party, but praxis. As one CHOP resident said on Thursday, “Why have a revolution if you can’t have some fun with it?”