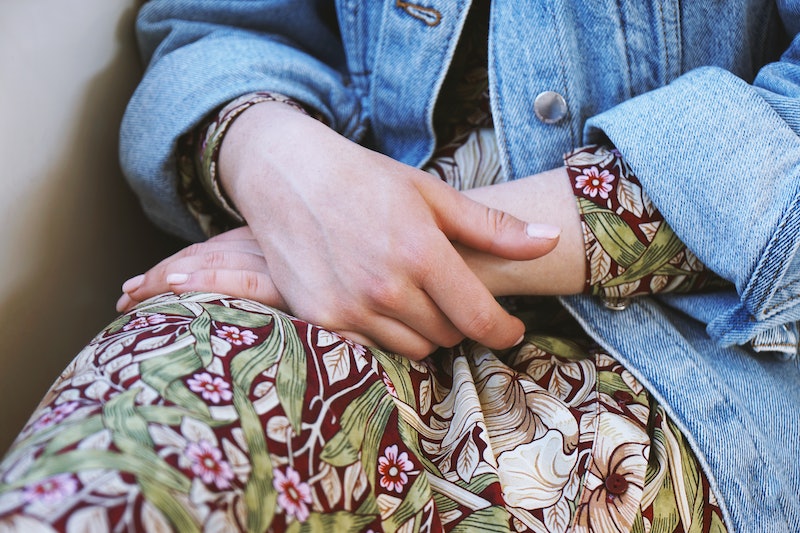 As the #MeToo movement has opened up new conversations about sex, sexual violence, and power, researchers are still uncovering the many ways rape culture is enmeshed in our society, especially for young people. A massive new study looked at women's first encounters with sex in order to understand more about these dynamics. What they found was that around 1 in 16 women report that their first sexual experience was forced or coerced — and that that exposure to violence was linked with negative health outcomes later in life.

Further, the study found that women whose first sexual experience was forced or coerced were more likely to experience health issues later in life. “Women with involuntary sexual initiation were more likely to experience subsequent unwanted first pregnancy or abortion, develop gynecologic conditions such as endometriosis and pelvic inflammatory disease, report illicit drug use, and report fair or poor health or health-related functional deficits,” the study authors wrote, adding that these issues were seen regardless of the age of first sexual encounter. This supports past research that links sexual trauma with post-traumatic stress disorder, depression, anxiety, and other adverse health outcomes.

“For folks that work in sexual violence spaces, this news was not surprising,” Sage Carson, the manager of Know Your IX, an advocacy group that works to end sexual violence in schools, tells Bustle. “We have known for a long time that young people experience extremely high rates of sexual violence, and also lack education and awareness about what healthy sexual relationships and encounters look like,” she says, adding that it was helpful to see that “what we're seeing on the ground is also showing up in the data.”

The study’s emphasis on coercion, Carson says, also highlights an aspect of the consent discussion that goes critically under-discussed. Rather than experiencing physical coercion or force, “instead, 56% of women indicated that their involuntary first sexual encounter was related to verbal pressure, and 16% reported that it was related to their partner threatening to end the relationship,” the study’s authors wrote.

“That's where a lot of early sexual abuse comes from — partners coercing or pushing folks to engage in sex that they don't want to, and folks not having the language to identify that that has occurred,” Carson says.

This data supports the idea that rape is not just about sex, but “about power and abuse of power,” Carson says. “This is just really breaking that down that people are taking their positionality and using that as a weapon to harm people.”

When society normalizes coercive sexual violence as just part of dating as a high schooler — that the boy chases, and the girl demurs, until the boy can convince her to “give up” her virginity — it perpetuates rape culture, and may lead to these adverse health effects. “When I was in school, senior guys would always talk about the freshmen [girls] as ‘fresh meat’, … but it was so normalized that no one thought anything of it,” Carson says. “When I was younger, I ‘dated’ people that were 10 to 15 years older than me and thought that that was normal. …We were never given language to show that that was wrong,” she says.

For many people, news around this study may be triggering, because it clarifies how a dynamic that was thought of as “normal” at the time might have actually been coercive, abusive, or outright rape. It wasn’t until years after “dating” people a decade her senior, Carson says, that she could look back and “realize that someone was being abusive towards me.”

For survivors of this kind of sexual violence, Carson suggests finding support groups or group therapy in order to find community and prevent the isolation that can often follow this kind of violence. She also says, for survivors who are in school, reading up on your Title IX rights can help you figure out how your school can support you. "About a third of survivors drop out of school," Carson says. "It's so important that students know their rights so that we can reduce that number, because sexual violence should never be a part of the cost of education."

More like this
Scotland's First Period Dignity Officer Is... A Man?
By Darshita Goyal
Why Experts Say Sleeping With A Fan On Isn’t Totally Risk-Free
By Sophie McEvoy
Hinge's New NFAQ Feature Is Demystifying Queer Dating
By Emma Carey
How Do I Deal With Both ED & Premature Ejaculation?
By Sophia Benoit
Get Even More From Bustle — Sign Up For The Newsletter