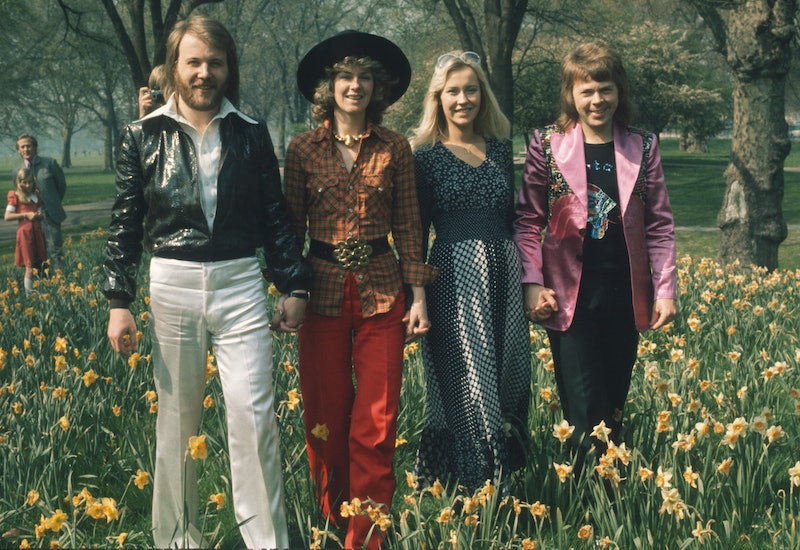 While Eurovision is a massive sensation across the globe, Americans don't typically pay too much attention to the long running song contest. But with the new Will Ferrell and Rachel McAdams driven comedy Eurovision dropping on Netflix, it's time for the U.S. to start celebrating the competition that's helped launch some of the most internationally renowned musicians of our time. Curious about who's come out of the competition? Here's all the famous people who've participated in the Eurovision song contest.

The crown jewel of past Eurovision winners is ABBA, the band that went on to inspire one of the greatest musicals (and subsequent films) of all-time: Mamma Mia! Some of the other famous prior performers are multi-talents, like Olivia Newton-John, who's known for her starring role in Grease just as much as she is for her vocal chops. But they're far from the only international talents to get their start at the competition. Read on for more about Eurovision's biggest stars.

More like this
Sadie Sink Would Escape Vecna From 'Stranger Things' With This Taylor Swift Song
By Grace Wehniainen
Bachelor Nation's Blake Horstmann Is Dating 'Love Is Blind' Star Giannina Gibelli
By Jake Viswanath and Radhika Menon
Move Over, 'Sunset'! The Drama-Filled Trailer For 'Selling The OC' Is Here
By Nola Ojomu
The Stranger Things 4 Soundtrack Spans Classic Eras & Styles
By Brad Witter
Get Even More From Bustle — Sign Up For The Newsletter