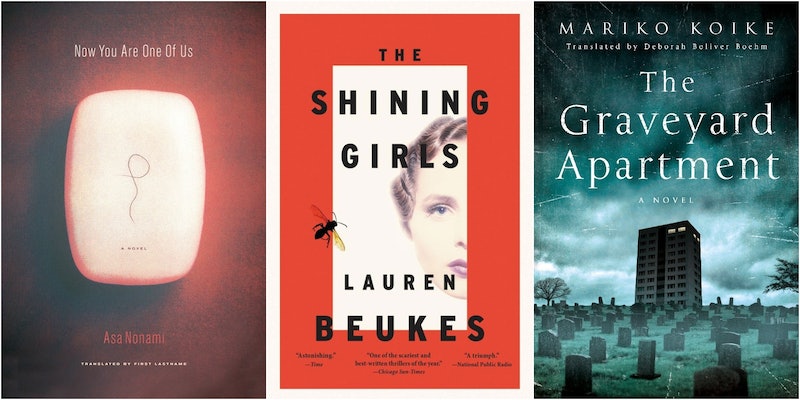 It seems that recently women writers who tackle terror, violence and gore are pushing further into mainstream literary discussions. Check out these 10 female horror novelists you definitely need to be reading — because Stephen King isn't the only writer penning books that make us sleep with the lights on.

So what defines a book as a work of "horror"? In a 1986 interview in Twilight Zone Magazine, Robert McCammon, one of the founders of the Horror Writers Association, said, "Horror fiction can be a guide through a nightmare world, entered freely and by the reader's own will. And since horror can be many, many things and go in many, many directions, that guided nightmare ride can shock, educate, illuminate, threaten, shriek, and whisper before it lets the readers loose."

Many fans of horror argue that rather than a checklist of defining elements, their favorite genre is instead an emotion. Do you close the cover of a book and feel goosebumps rise up? Do you run to lock the doors? Are you scared as heck? Then yeah, it's a horror story.

Because of it evocative nature, a work of horror often embodies the greater cultural fears of whatever era birthed it. And one of the most enduring horror themes is a woman out of control - or, alternatively, in control. And it's that continuing fear, of women and their bodies and their power, that makes so many female writers so adept at penning horror stories. Because they've lived them.