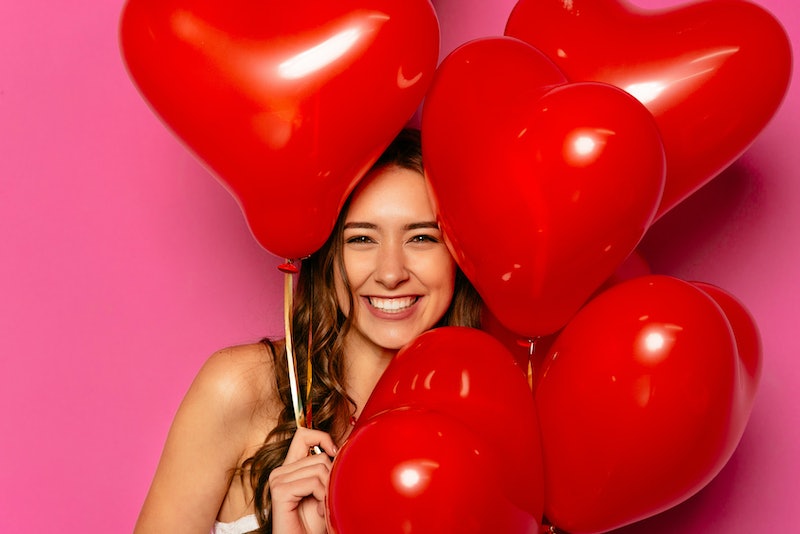 Ah, yes, Valentine's Day. That one day in February when red satin and pink lace seems to cover every inch of every surface in every retail store, when your inbox is chock full of ads for floral arrangements, and when people all over America begin to get very cheesy very quickly. Feeling a little drained? Don't worry, you're not the only one. So, to alleviate some of the exhaustion brought on by the holidays, I've gathered some funny Valentine's Day memes that capture the essence of our most "romantic" holiday.

Having spent the majority of my Valentine's Days single, I've often wondered: from whence did this bizarre, performative display of affection spring? Who deemed it a nationally-recognized holiday? Why are we forced to snack upon those chalky heart candies when they taste so bad and we all know it?

Though we've been taught that Valentine's Day stems from the life and death of St. Valentine, a third-century Roman and saint of young people, love and happy marriage, the reality is a bit more complicated — and a whole lot darker. As NPR reports, from Feb. 13 to 15, Romans celebrated Lupercalia, a mid-winter feast which celebrated fertility and love in a particularly brutal way: men would hit on women by literally hitting them. With animal skins from goats and dogs they had just sacrificed moments earlier. Yes, really.

The drunken, often naked event also included a matchmaking lottery, in which men drew the names of eligible women from a jar before spending the night with them. Yeah.

Our current iteration of Valentine's Day — the roses, the cards, the chocolate — developed in Europe during the Middle Ages, where both Shakespeare and Chaucer wrote about the holiday of ~love~. It was then that giving handmade paper cards as tokens of affection became a popular practice. Hallmark capitalized on that tradition in 1913 when they began mass producing Valentine's Day cards.

Kinda changes your perspective on the whole thing, doesn't it? Anyway, check out these memes about the holiday if you're feeling a little over the sappy captions you're seeing everywhere else.