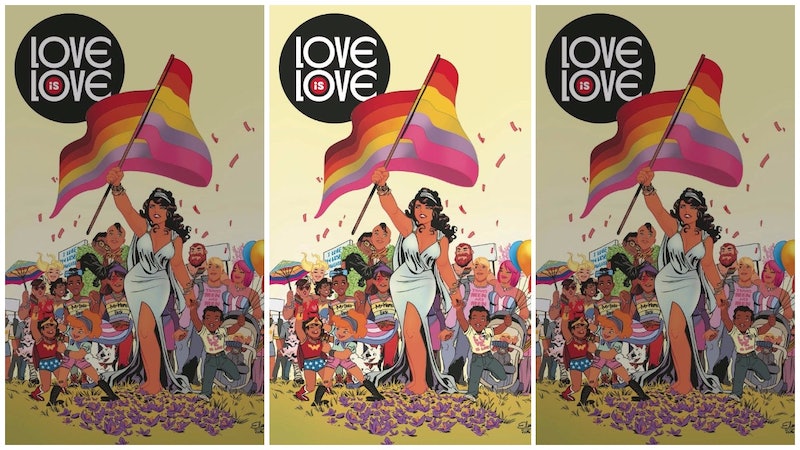 Activism through comics is nothing new. Superman was a Jewish immigrant and Captain America once socked Hitler in the mouth. As long as sequential art has existed, it's been used to fight against the forces of hate and prejudice. But, as the U.S. continues to devolve into a Hunger Games-style political nightmare, it might be time to revisit some of the most poignant activist comics out there. At this point, we need all the artistic inspiration we can get. Here are a few graphic novels and memoirs with clear activist messages, to fuel your politics in 2017.

I mean, sure, every story arc of the X-Men is a heavy handed allegory about bigotry (except for maybe when they fight dinosaurs in Antarctica or whatever). But even beyond all those grand stories about men wearing capes, comics have a long history of tackling questions of justice. These graphic novels and collections reflect the real life activists who fight for civil rights, social justice, and a healthy planet. Through beautiful art and true stories, these books give remind us of all the invaluable work that's been done, and all the work there is left to do.

Now more than ever, it's time to give these graphic novels a read: