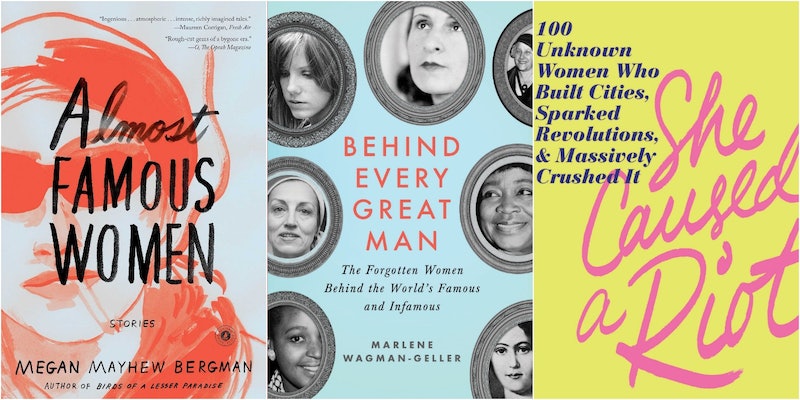 As the famous Winston Churchill quote goes, “History is written by the victors.” Unfortunately, that means it’s overwhelmingly written by white men who tend to tell their side of the story, while leaving that of marginalized groups — women, people of color, the LGBTQ community, and other historically oppressed groups — out. If you’re sick of hearing about the same old male "heroes," don’t worry, because even though your history class syllabus might not include them on the required reading list, there are plenty of books about important women history almost forgot.

You may think that, thanks to your high school education, History channel documentaries, and Jeopardy, you have a good grasp on American and world history, but how much do you know about it, really? Take the Revolutionary War, for example. You’ve been taught time and time again that men like Paul Revere, George Washington, and William Alexander were crucial in defeating the British and founding the United States. But has anyone ever told you about the important role women played in helping the nation gain independence, and not just by watching the children and tending to the farm while their husbands were away at war? Like the male heroes your teachers and popular culture constantly tell you about, they served as soldiers, acted as spies, and put their lives on the line for something they believed in, despite rarely being granted it themselves: freedom.

From patriots and princesses to scientists and soldiers, here are 10 books about women history almost forgot about.