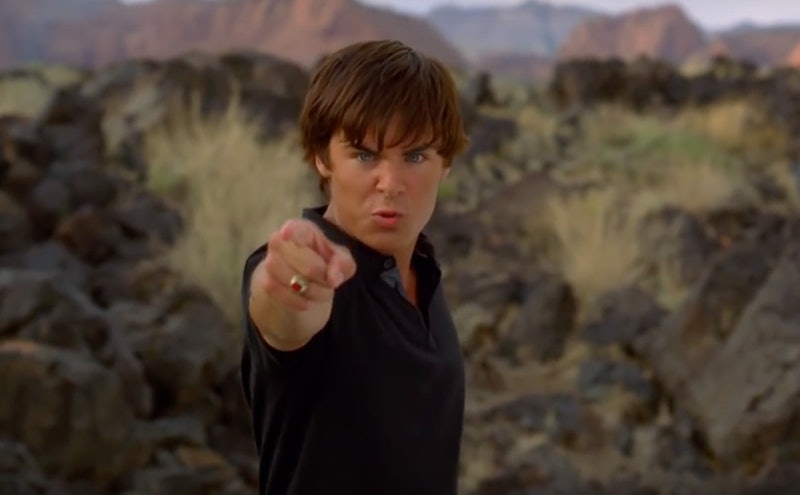 Disney Channel Original Movies: to the discerning Millenial, they were the best that television had to offer. DCOMs were some of the most exciting, hilarious, and ridiculous original movies that somehow managed to make life just a little bit brighter. Then again, some DCOM's that were filled with bad acting, bad plot, and bad, well, everything. But it's the acting that really gets under my skin because it's one of the few aspects of a movie that you actually notice the entire way through.

Aside from things like plot and direction, if the acting in a movie is bad, it can ruin the entire experience of watching it. Bad acting in a DCOM, however, was just a total bummer because it meant that Disney had somehow made a dud and let's be real, a DCOM dud was kinda the saddest thing ever. DCOMs are meant to be great; a bad DCOM? Disastrous. Heart-wrenching. Pitiable.

I know that not every DCOM is destined for greatness. They can't all be Brink! or Zenon: Girl of the 21st Century. But some of these DCOMs are so full of bad acting, you may not actually realize at first glance that they're badly acted because you're too busy being wowed by the musical numbers of maybe you're too zoned in on the plot. It happens to the best of us. Make no mistake: the following DCOMs are plonkers and you can thank the actors for that.

I'm starting off this list with a possibly controversial pick, but I am sticking by it: High School Musical 2 is bad. While the first installment was twee, this weird summer film where all kinds of teen movie tropes get turned on their head for the sake of drama is absolutely dreadful. Humbug.

I appreciate that The Thirteenth Year attempted to deconstruct the gender binary through it's story of a teenage boy who slowly comes of age by becoming a mermaid, but come on. This acting was bad with a capital "B."

Everything you need to know about how good (and I use that term loosely) the acting in Johnny Tsunami is can be seen in the above clip. Brace yourself.

I just can't deal with this one, you guys. What were the actors even thinking when they agreed to make this movie?

The title of this DCOM is creepily double-entendre filled. The whole premise of making these teen twins seem freakish in both good and bad ways is weird to watch. And yes, as a cherry on top, the performances are just bad.

As much as it tries to be top-tier DCOM, Right On Track can't quite nail the good acting that some older DCOM fans are used to seeing. That's accounting for the fact the it also features an Oscar winner (young Brie Larson), too.

Oh man. Teen Beach Movie. Granted, this movie came out by the time I had aged out of the DCOM demographic, so I don't enjoy it the way I do other DCOM's, but I honestly can't even watch one second of this. Instead, I've provided you with a clip of maybe the only semi-palatable portion of this film (and that's saying something).

Kimberly J. Brown had much better material to work with in Halloweentown and watching her act like a brat for becoming a big sister was just not the best use of her talents.

The first ten minutes alone should prove that this remake doesn't hold even a flickering, down-to-the-nub candle to the 1987 original.

Britt Robertson has definitely done better work than this and yes, that included Tomorrowland. The earnestness of the performances here make every line, moment, and scene feel even more strained than normal.

This Disney vehicle for Demi Lovato and the Jonas Brothers' musical talents ending up just being a cringe-fest with the occasional song.

I vote we all forget these movies even existed and just watching Zenon: Girl of the 21st Century on an endless loop. Sound good? Good.