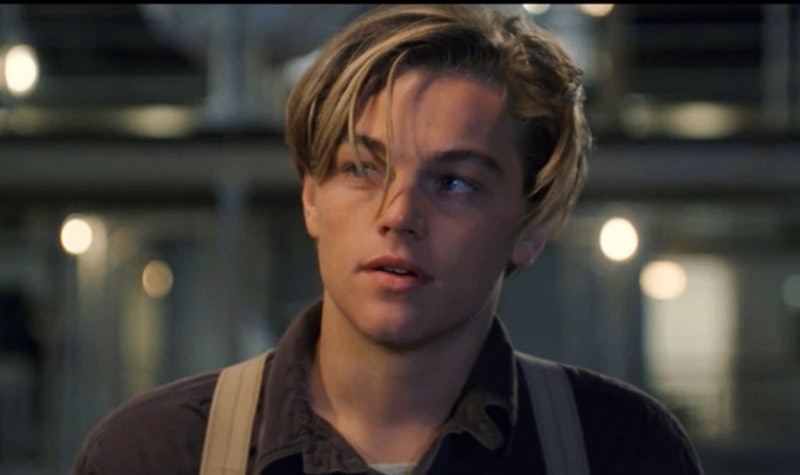 The romance between Jack and Rose in 1997's Titanic is so epic and so well-remembered that in Love Actually, Liam Neeson's character referred to them simply as "Kate and Leo," which is not uncommon. Their fictional relationship However, it's been 20 years and maybe Jack from Titanic is the worst, you know? Not to ruin the movie or destroy your childhood or anything, but I think we've been over-romanticizing this plucky artist from Chippewa Falls just a smidgen.

OK, he's not the worst all of the time. There are tons of swoon-worthy moments in Titanic, aided by Leonardo DiCaprio's floppy anachronistic hair. I'm just saying that maybe the reason this romance is so treasured is that it was short-lived. He's the fling that Rose needed to take hold of her own destiny, not her one true partner. Sometimes long lost loves should stay lost.

Jack is, in all honesty, a manic-pixie dream boy. A quirky artist who helps the protagonist find her life's purpose? Check. Fun for a sinking ship, but not great in the long run. People complain about Rose being too selfish, and anything is better than Cal, especially after he shows his true colors — but her love interest is "no picnic" either. Here are some reasons why Jack Dawson secretly sucks.

OK, so maybe he did that person a favor by winning their ticket, and maybe they shouldn't have gambled it away in the first place, but Jack didn't know he was saving his life. There went that person's chance at the American dream.

It kind of suits the story, as Jack and Rose learn from each other and that's why they work as a couple, but he's condescending as hell at times. We know Rose is intelligent and well-versed in art, architecture, psychology, you name it. She already has one controlling and condescending fiancé. I guess it works for them, but in 2017 I'm over that kind of flirtation.

Please? It's not impressive.

4. Sure, Jack. You Liked Her Hands

"That's the good thing about Paris. Lots of girls willing to take their clothes off." OK, Jack. Can you try to be a little less sleazy?

5. He Totally Abandoned Cora At The Dance

6. There's No Way He & Rose Would Have Lasted

On one hand, that's fine! However he keeps saying that he's too involved in Rose's life, but he involved himself, and he'll involve himself elsewhere as soon as another fire catches his eye.

7. He's Still A Thief, Diamond Or Not

Cal was out of line, but Jack swiped a hat and a coat like it was nothing.

Give me a break. It actually would have been better if they'd "done it," as Old Rose says, after he sketched her — professional or not!

That line alone is the worst. Then he calls her a brat?! Did Jack Dawson invent negging?

10. He Gives Up Way Too Easily

I don't want to get into the whole "they could have fit on the door" thing or the "take turns" debate. It's not the logistics of the scene that bother me, because Jack commits himself to sacrificing himself for Rose mentally. That's what matters. It's not if they could have done it, it's why didn't he keep trying.

Have y'all seen the latest Titanic fan theory that suggests Jack was a figment of Rose's imagination, brought on by her own anxiety? I'm not sure I subscribe to it. Someone had to draw that sketch — unless Rose did it herself. There's also a theory that Jack is a time traveler, but that makes me kind of feel sorry for him. If you're going to die, do it in your own time.

Clearly, if Jack had lived and he and Rose had left the ship together, she would have been fine. She made it on her own just fine. So I don't think there's any cause for regret, but she may even be better off without him. The song is titled "My Heart Will Go On," after all.