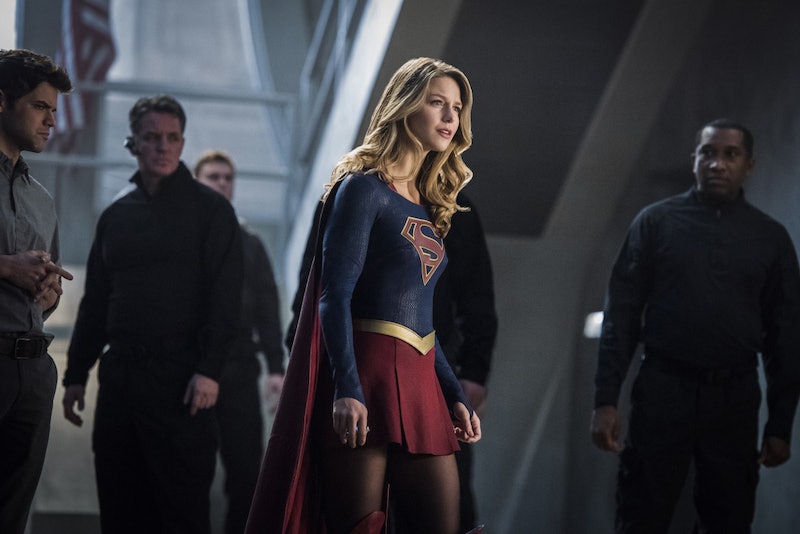 For ages, comic books have brought larger-than-life characters into peoples' lives and have played on everyone's ultimate fantasies. Now that there are so many comic stories on our screens — both in theaters and at home — it's easy to get your superhero fix whenever you need it. And to help you out, here are some of the best superhero episodes on Netflix, made for easy viewing.

Superhero shows always make for great entertainment. When everyday life feels too mundane or disappointing, it's nice to see someone be saved or scale tall buildings. Plus, the characters are often lovable, regardless of if they're good or evil, and there's usually tons of addictive drama, diabolical subplots, and painfully messy relationships. Really, what's not to love?

Unfortunately it is hard to keep up with every new superhero show that comes to Netflix or premieres on TV. But during your next break or long weekend, when you're feeling in need of some saving-the-day-type episodes, check out this list. Whether you're new to the comic book genre or just can't choose which show or episode to watch next, there are several eps on this list that are just too good to miss.

The first season finale for Jessica Jones is a huge turning point for the titular character. Despite Kilgrave's attempts to thwart her, Jessica tries to pull off a heroic act and conquer her trauma.

This episode allows viewers to see what Kara Zor-El's life on Krypton was like, as she's overtaken by an alien plant that exports her to her ultimate fantasy. Viewers get to see a new, complicated side of Kara than the show hasn't portrayed before.

Called "the Marvel/Netflix-verse’s most inventive episode" by Entertainment Weekly, this Punisher Season 1 installment involves all characters coming together at a hotel for a showdown. If this is your thing, check out the whole series, as Season 2 is set to come out in early 2019.

A ton of shows have done musical episodes, because who doesn't love a good tap number? This musical Flash episode does not disappoint. It's a semi-crossover with Supergirl characters and The Flash, and it recruits Glee alum Darren Criss to play Music Meister. With a noir film backdrop, dramatic storyline, and cute original songs, this episode is one you'll want to watch again and again.

Oliver Queen (Stephen Amell) aka Green Arrow, is a vigilante with some personality issues, but in Season 2 he makes a no-kill rule. It's hard overall, but especially in this season finale, when he comes face-to-face with Slade, who's hell-bent on destroying his life.

Jessica Jones is haunted by Kilgrave, and with his nauseating "smile" commands, David Tennant proves, yet again, that he's very good at being bad. This episode also features a spiraling Trish, and it makes for a truly interesting dynamic.

Entertainment Weekly dubbed it as possibly Luke Cage's best episode to date, and it's easy to see why. The death of Pop makes the hero more determined to defeat Cottonmouth, and so he goes into hyperdrive trying to make that happen.

While there are many instances in the show where Melissa Benoist shines as Supergirl, she's stellar here, when Kara is hit with red kryptonite and becomes the bad version of herself. She's mean, blunt, and walks with an evil swagger — basically, it'll have you anxiously waiting for the next time fans get to see an evil Kara doppelgänger (hint, it'll be soon).

Right off the bat, this episode has a "go go go" attitude with an impressive, roughly 10-minute action sequence. It's an absolute must-see scene.

Barry Allen is one of the most lovable superheroes out there, so it's heartbreaking to watch him grieving his mother in this episode. To really stab you in the heart, Grant Gustin's acting is superb all throughout.

Legends of Tomorrow is known for being hilarious and not taking itself too seriously. In this episode, Beebo, a cuddly toy to some and a god to the vikings (due to a time paradox of sorts), gets manifested from the Legends to save the day. The silly installment is well worth a watch, and the epitome of what Legends is all about.

If you have time to watch all of these episodes, you might end up finding your next favorite show — or your next one to re-watch ASAP.