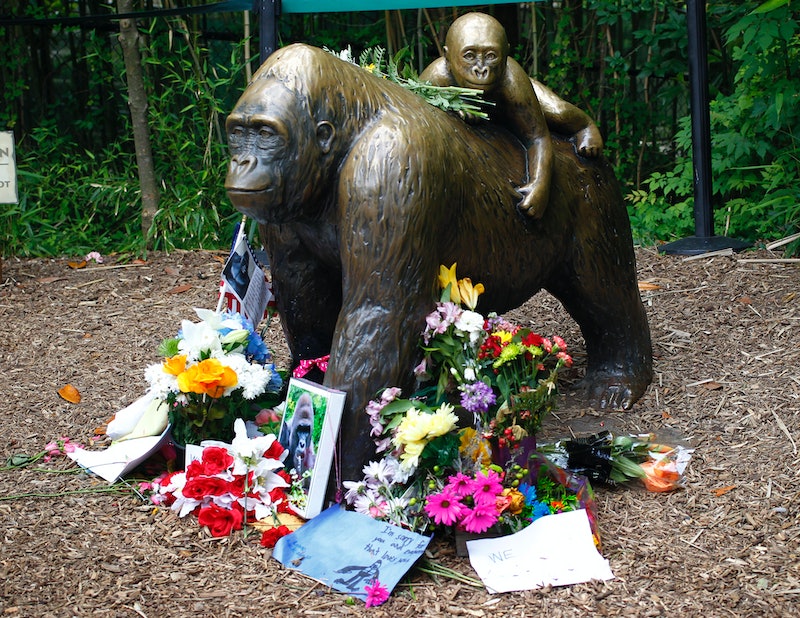 This year had an extraordinary amount of bizarre headlines, in no small part thanks to a wild election cycle. But setting aside Russia tampering with the elections, allegations that former Republican presidential candidate Ted Cruz is the Zodiac Killer, and the fact that we elected a former reality TV star to lead the free world (let's face it, this list could be wholly comprised of election happenings), there were also a number of news oddities outside of the presidential race that were just flat-out strange. Here are 11 of the weirdest news stories of 2016, because it was an eventful year even outside of presidential politics.

This year is being hailed as exceptionally bad: widespread human suffering, the deaths of treasured icons, the election (see! It's impossible not to mention). And sure, there were a number of things that happened this year that marked 2016 as a no-good-very-bad year. But in some way, the quirkiest of news stories root us to the fact that life, not just in 2016, is just a strange thing to navigate. Weird stuff happens all of the time, even in the calmest of climates. So here's to the weirdness of 2016 and the weirdness of the year to come.

The real danger of fake news was epitomized by Pizzagate, a bizarre story that involved an alleged child sex trafficking ring, Hillary Clinton and, uh, pizza. North Carolina resident Edgar Welch drove to Washington, D.C. to search Comet Ping Pong, a neighborhood pizza joint that he was led to believe was the center of a child sex ring run by Clinton. Welch entered Comet Ping Pong with an assault rifle, and though he didn't find any secret underground tunnels with abused children, he did manage to completely terrify customers and employees of the pizza place.

Searcy Hayes probably thought that her 15 minutes of fame would be her appearance on the Maury Show, but the internet had so much more in store for the 21-year-old. The Mississippi mom appeared on Maury Povich's daytime TV show to prove to her fiancé that her son was his, but when the show aired in April, the internet promptly noted that she bears an uncanny resemblance to then-Republican candidate Ted Cruz.

Forget man v. machine—this is cow vs. machine, and the cow came out victorious. During a cattle roundup in Coen, near the northeastern tip of Australia, a helicopter pilot got too close to a cow, ultimately catching the chopper's feet in the horns of a cow. The helicopter, designed to muster cattle, tried to disengage from the animal, but lost balance and was forced into a rough landing. The pilot and the cow are both fine, but the helicopter isn't — it went up in flames after the pilot walked away.

We all know not to drink and drive, but apparently it's worth reminding people not advisable to send topless Snapchats while driving, too. Miranda Kay Rader, a student at Texas A&M University, crashed into a parked police car while trying to send a shirtless selfie to her boyfriend. Rader arrested for driving while intoxicated, so let this be a dual public service announcement against Snapchatting while driving and drinking and driving.

On May 28, a child fell into the gorilla enclosure at the Cincinnati Zoo. To protect the kid, zoo officials shot and killed a 17-year-old Western lowland silverback gorilla. It was the shot heard 'round the world—the shot that killed Harambe. The internet went absolutely nuts with tributes to Harambe, using his name to mourn the general crappy year and blaming literally any adversaries for his death. What was a truly tragic event became the meme of 2016, serving as a symbol of far more than the death of a gorilla.

Police in Pennsylvania found a human brain stored in embalming fluid in a vacant trailer-home. The brain's owner (not the original one, of course) was 26-year-old Joshua Lee Long, who was incarcerated in connection to a number of burglaries around the area. Long, who police suspect had stolen the adult human brain from a facility using it for research purposes, was using the embalming fluid to spray on weed to get high. Long had also named the brain Freddy.

It was an incredibly bad year for professional clowns. Creepy (presumably non-professional) clowns flooded the country after a boy in South Carolina spotted clowns in the woods whispering and making strange noises. That apparently inspired a spate of copycats, with clowns being spotted across the country, even prompting schools in Ohio to close. Hopefully Chuckles' career will improve after the clown hysteria of 2016 has faded from our memories.

As Pokemon Go took over the country this summer, people stumbled into some strange situations on their quests to catch 'em all. Shayla Wiggins, a 19-year-old Wyoming resident, made probably the most unfortunate discovery. Wiggins was in search of a water Pokemon when she found a body lying face down in the river near her home.

Traffic sucks. But do you think it would suck more or less if it was largely caused by a woman dancing naked on top of a big rig? On March 7, a naked woman wandered into traffic in Houston, causing a three-car pile up that caused traffic to pile up. But that wasn't the last that Houston had seen of the nude woman. She then proceeded to climb up the front of a big rig, settling atop it and dancing for two hours. Police believed that earlier in the day the woman had been involved in two hit-and-run incidents before parking her car and stripping. The woman was hospitalized, and it's unclear if she faced charges.

It's unclear why, exactly, the internet took to Ken Bone so quickly. Maybe it was his thoughtful question at the town hall-style presidential debate on Oct. 9. Maybe it was the red sweater and mustache combo. Or maybe it's the fact that he captured his time at the presidential debate with a disposable camera. Whatever it was, the internet fell in love with Bone, who was famous for absolutely nothing other than engaging in the political process.

A woman was busted trying to cross the U.S.-Mexico border with a bag of meth-stuffed burritos and no guacamole. Susy Laborin's plastic bag of burritos caught the attention of some drug dogs at a checkpoint when she was trying to enter Nogales, Arizona. Border patrol officials opened up the burritos and discovered a pound of meth worth $3,000, which Laborin admitted she was going to deliver to someone in Tucson.

Way to keep it weird, 2016. You've taught us that nothing is truly out of the realm of possibility.

More like this
21 Absolutely Adorable Christmas Gifts For Dogs
By Carolyn Steber
If You Have Pets, You Probably Don't Realize You're Making These Common Mistakes
By Mackenzie Edwards
Dolly Parton Joins TikTok & Debuts A Song About Baking
By Jake Viswanath
What Does “The Rizz” Mean On TikTok? The Viral Slang Term, Explained
By Alexis Morillo
Get Even More From Bustle — Sign Up For The Newsletter