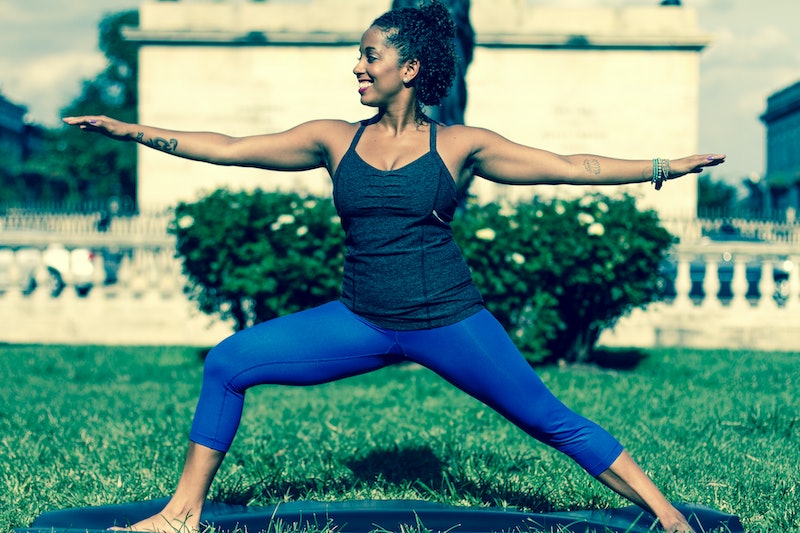 When you think of yoga what are the images that come to mind? Is it some Instagram photo of thin white woman with a foot behind her head? Maybe it's some lengthy post about how yoga transformed someone's fitness routine (while standing on their head in expensive leggings). We often think of yoga as a way to get fit or to become "zen." But that isn't the only thing that yoga can teach you. In fact, yoga's roots date back centuries and have little to do with it being the trendy, culturally dismissive exercise we know today.

For women of color, yoga can allow even just a half hour to positively impact your self care regiment and even help with trauma. In America, anxiety disorders are the most common and affect 40 million adults aged 18 or older. If you zoom in a little closer, mental illness disproportionately affects women of color; according to the Health and Human Services Office of Minority Health, black women are 20 percent more likely to deal with mental illness. If you zoom in a little closer, a survey showed that Asian women are the least likely to seek out treatment options in 2015.

But the studies regarding health and women of color don't all paint a negative picture.Just last year, a Northwestern Medicine study found that mindfulness practices such as yoga, while not an alternative to medical help, have a positive impact on alleviating symptoms of depression. After 40 plus days of practicing yoga — and no, you certainly don't have to commit to a #yogachallenge — I have discovered a few other gems for women who encounter the throes of being a woman and a person of color, and how yoga can benefit them.