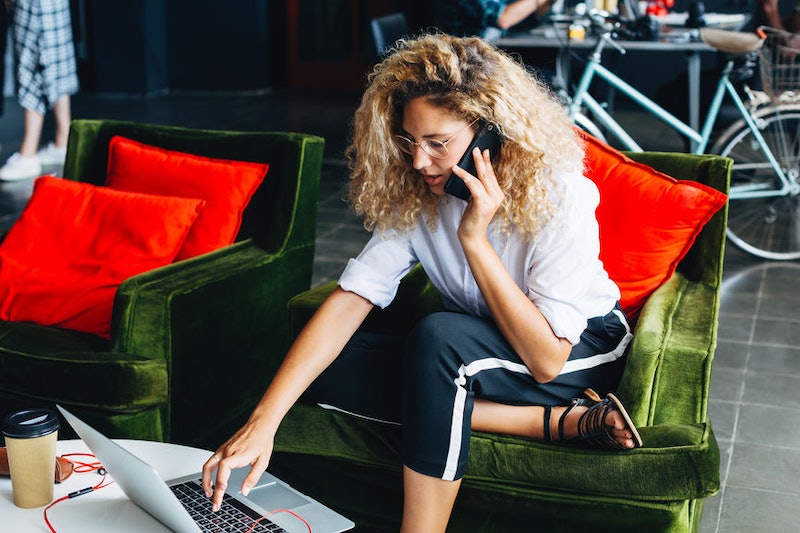 When it comes to college, women are killing the game. The Atlantic reported in 2017 that women made up 56% of students in American universities, and data from the U.S. Census Bureau reveals that in 2019, 35.5% of women in the U.S. have a college degree. However, college and higher degrees aren't for everybody, and statistics tell us that for every person who completes their degree, there's at least one who left college behind. Of all the people who started college in 2012, only 58% had a degree by 2018, according to the National Student Clearinghouse Research Center. While leaving college before getting a degree may be stigmatized, 12 women tell Bustle that there's not one reason for leaving — and that it's wrong to paint all people who leave college without a degree with the same brush.

College is widely seen as a trampoline into the middle class, but it leaves people across the U.S. in huge debt. The class of 2017 left college with an average in $28,650 of debt, according to The Guardian, and with staggering interest rates, many young people may spend their entire working lives paying off their degrees.

Sometimes the decision to leave college without a degree can cause pain, but other times it can feel like a relief — and pave the way for better things. If you're considering leaving college without a degree, whether it's for financial reasons, out of stress, because you haven't yet found your calling or something else, you're definitely not alone. Women who've been through it share their decision, and how they feel about it years after the fact.