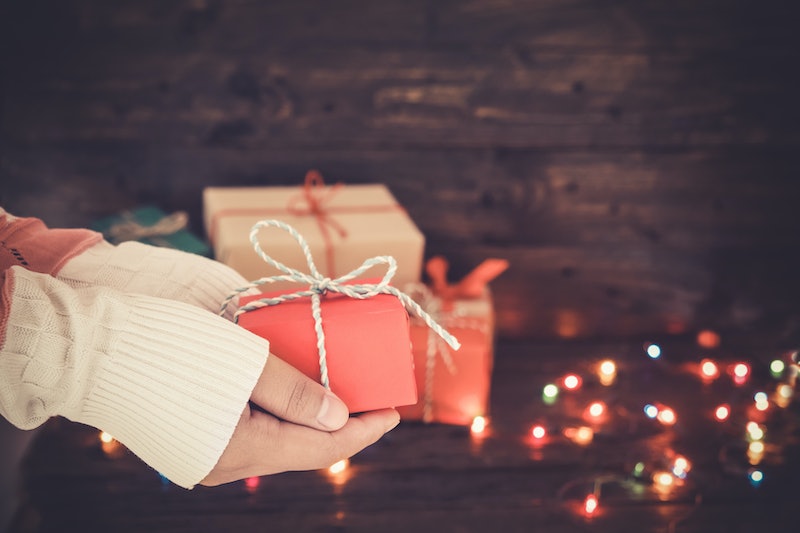 If the typical Christmas captions just aren't cutting it for you this year as you're planning your Instagram posts for the holidays, fear not: there are tons of clever Christmas Instagram caption possibilities worth trying instead, and I've rounded up a few for you. these Christmas-inspired Instagram caption ideas combine some of the funniest quotes with twists on traditional holiday music and terminology. The end result? An eclectic and hilarious collection of quotes that are as clever as all those Christmas hashtags you're going to come up with throughout the month of December.

Sometimes the Christmas season can be exhausting — and by "sometimes," I mean always. That's just the way it is during the busy holiday season. My one word of advice? Don't let yourself become jaded. While consumerism and social gatherings tend to monopolize most of peoples' time during the holidays, it's important to never lose sight of the generosity and sense of giving that's meant to anchor the entire season.

1. "If Santa can get respect by eating cookies for breakfast and dressing in a glorified velour sweat suit all year, then there’s hope for us all." — Unknown

2. “Aren’t we forgetting the true meaning of Christmas. You know, the birth of Santa?” — Matt Groening

4. “For Christmas this year, try giving less. Start with less attitude. There’s more than enough of that in the world as it is – and people will usually just give it back anyway!” — Anne Bristow

5. “Did you ever notice that life seems to follow certain patterns? Like I noticed that every year around this time, I hear Christmas music.” — Tom Sims

6. “My holiday centerpiece: Christmas miracle or Pinterest fail? Only time will tell.” — Unknown

10. “Let me see if I’ve got this Santa business straight. You say he wears a beard, has no discernible source of income and flies to cities all over the world under cover of darkness? You sure this guy isn’t laundering illegal drug money?” — Tom Armstrong

11. “Who’s the bane of Santa’s life? The elf and safety officer.” — Catherine Tate

12. “I stopped believing in Santa Claus when I was six. Mother took me to see him in a department store, and he asked for my autograph.” — Shirley Temple

13. ‘Twas the night before Christmas, and all through the house, not a creature was stirring … except for me, of course, because there’s still SO much to do." — Unknown