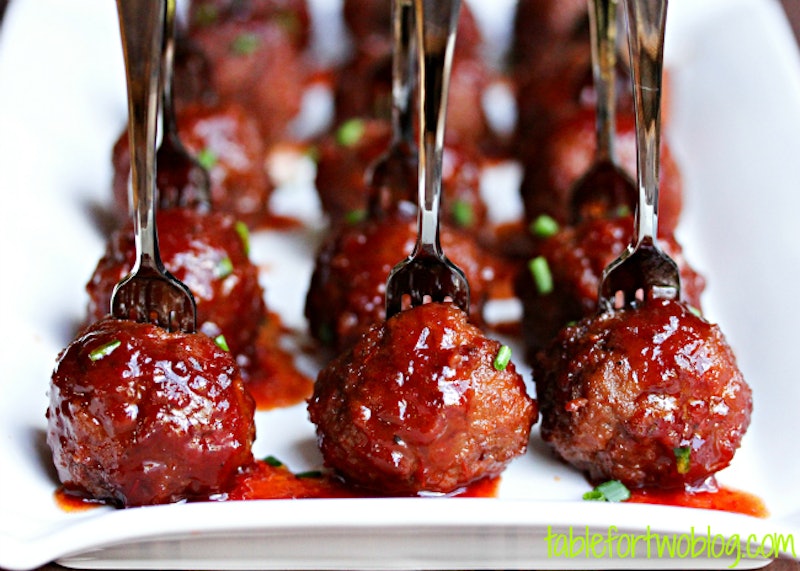 Slow-cooker recipes are a lazy cook's dream: just toss the ingredients into the pot, turn it on, and do your thing for the rest of the day. When you come back, a warm, delicious meal will be ready and waiting for you. Most of these recipes are so easy they're virtually impossible to mess up, but for the kitchen newbies out there, these Crock-Pot recipes with only three ingredients are a great place to begin your foray into the slow cooker world.

Although they're a staple item in many American kitchens these days, slow cookers haven't actually been around very long in the grand scheme of things. According to CNET, the ancestor of the modern-day Crock-Pot dates back to 1936, when the inventor Irving Naxon applied for a patent for a portable cooking device that housed the crock, aka the pot, with its own heating element. Naxon said he was inspired by one of his grandmother's recipes, which involved cooking food at a low heat for several hours.

Naxon's invention, called the Naxon Beanery, went to market in the '50s. In 1970, he sold the design to Rival Manufacturing, which rebranded it as the Crock-Pot, and the rest is culinary history.

Thanks to the Internet, slow cooker recipes are easier than ever to come by. Here are 13 recipes that only have three ingredients, making them the perfect weeknight dinner.