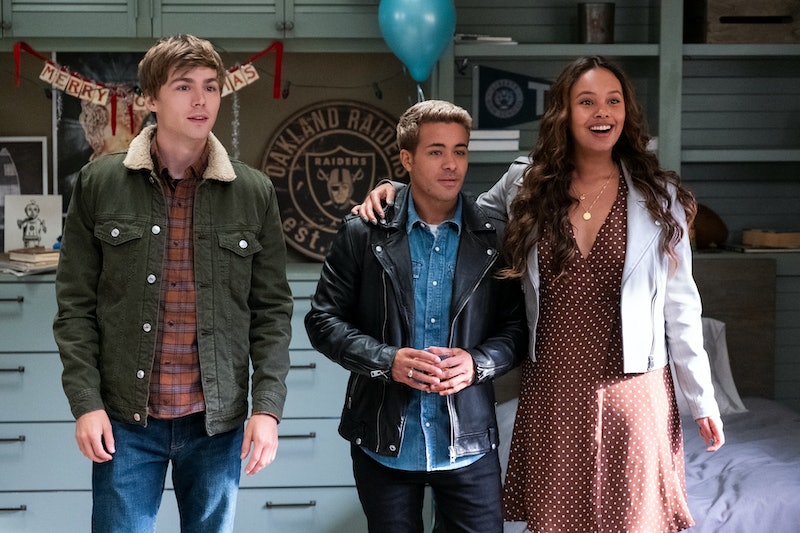 The students of Liberty High have been through a lot in the wake of Hannah Baker's death, but before they can move on with their lives once and for all, they'll need to confront the demons of their past and the many secrets that came with them. Regardless of how their storylines shake out, though, 13 Reasons Why won't return for a fifth season, making whatever happens at the end of Season 4 final. With that in mind, the stakes have never been higher, but it's all part of a plan that showrunner Brian Yorkey has had in the works for a while now.

The controversial teen drama was picked up for a fourth and final season in August 2019, shortly before the Season 3 premiere. And while some fans may be sad to see the series end for good, Yorkey has said that four seasons would be the perfect amount of time to tell the story of these characters in a way that made sense.

"Somewhere in the midst of making Season 2, when it became clear that we might have the chance to make more seasons of this, I pretty quickly got to a place where it felt like a four-season story," Yorkey told Entertainment Weekly. "I'm always a little bit suspicious of high school shows that go beyond four seasons because high school is four years long."

So if fans were hoping to see what new obstacles are in store for Clay, Jessica, Justin, and Tony in college, think again. Because even though Yorkey admits to being intrigued by the concept of 13 Reasons Why: The College Years, he also is a strong believer that what happens next should be left up to the audience. "I'd be very interested to see how some of these characters do at college," he explained to the outlet. "But I love the idea also of leaving that up to all of our imaginations and making this a four-season high school show."

Yorkey also was worried that if he extended the series much further would take away from the central premise of what this show was originally about: Hannah. "Our North Star has always been that the inciting incident of the whole series is Hannah's death and the tapes she leaves behind, and so we want to follow that to its logical conclusion, and I think and hope that's what we do in Season 4," he added.

Considering the various twists and cliffhangers this show has delivered in the past, it's safe to say that the final season of 13 Reasons Why will be a season none of us is sure to forget — or see coming.