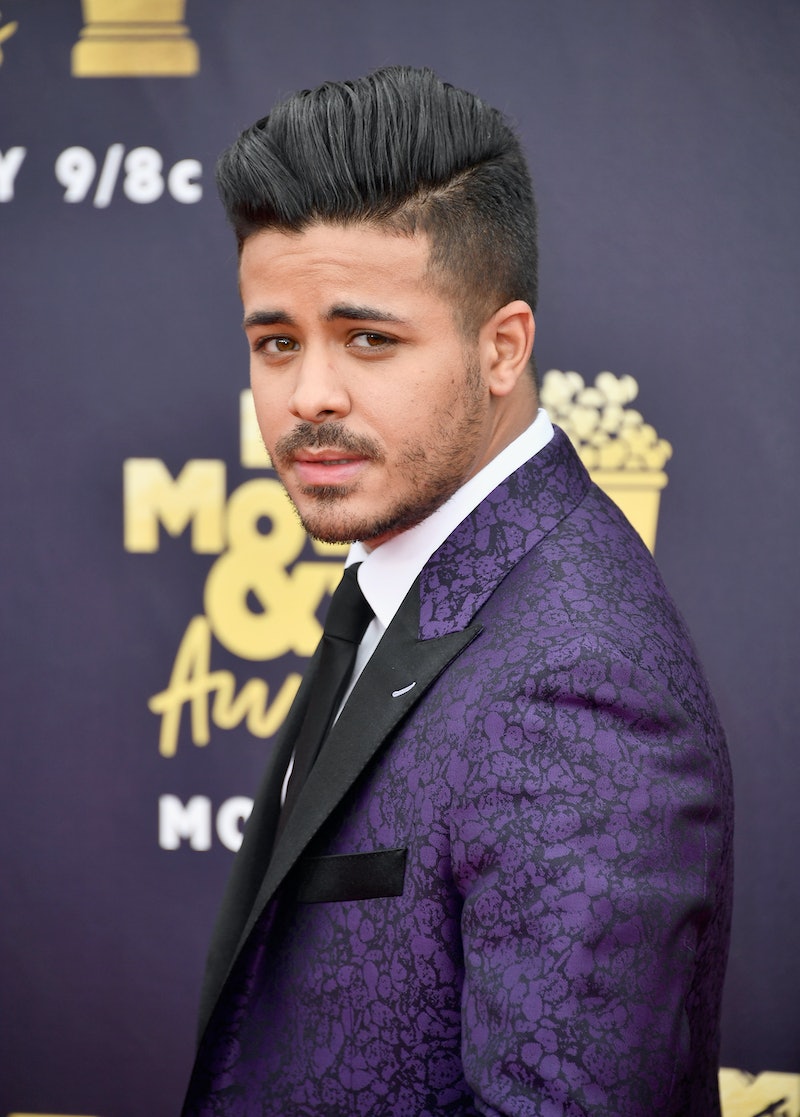 Ever since Halle Bailey received the role of Ariel in the upcoming live-action remake of The Little Mermaid, in an important and historic casting move, everyone has been wondering who will play her prince. After some back and forth, it looks like fans might want to look toward Liberty High School to find their answer because 13 Reasons Why's Christian Navarro just auditioned for Prince Eric. And fans are already thrilled at the prospect of Tony Padilla becoming a prince.

After Harry Styles reportedly passed on The Little Mermaid, Navarro took it upon himself to throw his name into the ring, and gave solid evidence as to why he could be the perfect man to take on the famous character. Back on Aug. 13, he tweeted, “So I heard Harry Styles passed on Prince Eric, well… I can sing. Black Ariel/Latino Prince…no ones called but Season 3 drops next week and I think it’s one hell of an audition.” The actor is referring to the third season of 13 Reasons Why, of course, which premiered on Netflix on Aug. 26.

And although the intense subject matters on 13 Reasons Why are a far cry from the fantasy world of Disney, it seems like the studio thought that the charms of Navarro, who plays everyone's most reliable friend on the Netflix show, could potentially make for a great Prince Eric. On Sept. 3, Navarro revealed to fans on Twitter that his campaign had (at least partially) worked, and that Disney has asked him to audition for the role.

"@disney saw this, saw your support, and gave my team a call. They wanted to see what I could do," he wrote, before announcing that he had already sent in some audition tapes. "Tapes sent. Fingers crossed. Let’s make some history."

Immediately, fans responded with support for Navarro, who would be the first onscreen Latinx Prince Eric should he take on the role. Many fans are excited about the prospect of diversity in particular, with one fan saying "my Puerto Rican self would be so damn proud to see that representation in this character." Some people also love the character switch for Navarro. One Twitter user exclaimed, "imagine going from a gay, badass highschool student to a WHOLE prince." It's a truly exciting concept.

Navarro also took to his Instagram account to explain the importance of him even auditioning for the role. "Just a brief reminder that there’s always another mountain, another goal to strive after, and with your help I’ll keep pushing the limits," he said to fans. "Wouldn’t it be amazing if we had a truly multicultural Little Mermaid?! Fingers crossed beautiful people."

While Navarro is now officially a contender to play Prince Eric, other characters are closer to being set in stone. Along with the aforementioned casting of Bailey as Ariel, Variety reported that Melissa McCarthy is set to portray the villainous Ursula, while Jacob Tremblay and Awkwafina are also reportedly in talks to star in the film.

A black Ariel and a Latinx Prince Eric in the live-action Little Mermaid would certainly be groundbreaking, but now that Navarro has sent in his audition tape, it's up to Disney to make the final call on who will play Prince Eric. Only time will tell what they decide.