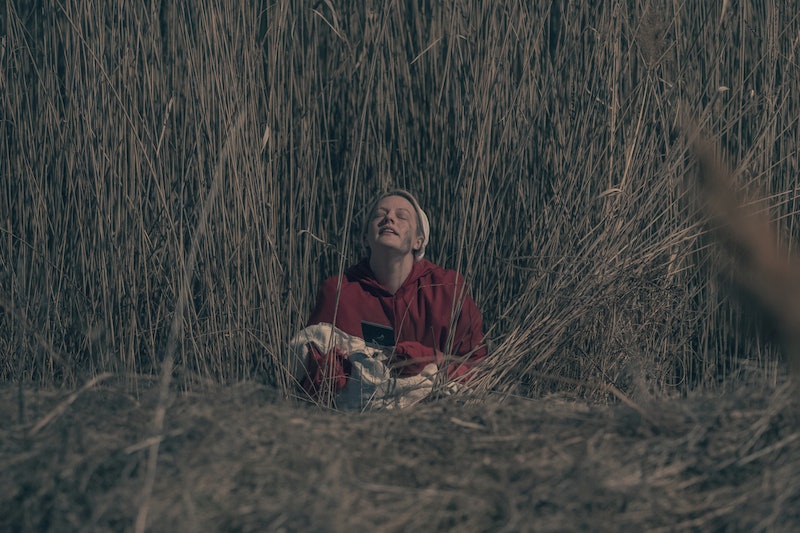 The Handmaid's Tale will be back for Season 3 before you know it, and while it looks like revolution is finally coming to take down Gilead, the Hulu series has traded in false hope before. What should you do if and when the dystopian epic takes another depressing turn? Here are some shows you can watch after The Handmaid's Tale that will bring you back to reality and restore some semblance of good cheer.

Just when we thought that the way The Handmaid's Tale depicts women being tortured and having their rights stripped away couldn't get worse, a portion of Season 2 took place in the abandoned Boston Globe offices, where journalists had been mass executed by the conservative terrorists who overthrew the United States government to form Gilead. So who knows what horrors are in store for Season 3?

Look, nobody's going to stop you from watching Gilmore Girls over from the beginning after The Handmaid's Tale has you needing some fresh air. After everything Alexis Bledel goes through as Emily on the Margaret Atwood adaptation, this is a totally acceptable move. However, if you want some more suggestions, here are some more shows you can watch after Handmaid's Tale that will give you some politics, some feminism, some less-depressing dystopias, and/or the strength to believe in like... humanity again.

Why not enjoy Bradley Whitford and Elizabeth Moss in a political show that's actually optimistic... maybe even too optimistic at times.

This Hulu series about the sex industry may take place in the 18th century, but the women it portrays are totally in control. After the awful sex politics of Gilead, you'll need it.

Then again, the best remedy for Handmaid's Tale melancholy might be shows by women and for women in all their faults, complications, and triumphs. Plus, Andrew Scott's Hot Priest™ in Season 2 will help you ease back into the idea of organized religion after all that "blessed be" nonsense. When you're done, Phoebe Waller-Bridge's Killing Eve will also do the trick.

Want your next New England-based dystopia with a YA twist? Netflix has you covered. See also: Marvel's Los Angeles set Runaways on Hulu.

Like The Handmaid's Tale, this HBO series is set in a dystopian future that confronts toxic masculinity — but there's like... robots, samurai, and shoot 'em ups.

6. She-Ra & The Princesses Of Power

When you're an adult in need of self-care, children's television can be a perfect remedy. Throw it back to Saturday cartoons with Noelle Stevenson's highly feminist reboot of the animated fantasy.

Other female-centric kid's shows on Netflix worth checking out to help chill out include The Worst Witch, and Anne with an E. There's also Degrassi: Next Class, a crucial reminder that Gen Z is going to be fine.

Hear me out. This short-lived series also takes place in an alternate America with religious undertones... but it's not ultraconservative, and Sebastian Stan plays a depressed prince. Who could ask for anything more?

Honestly, after The Handmaid's Tale, maybe watching a bunch of women who could beat the sh*t out of anyone who tried to take away their rights.

We all cleanse our spirits in different ways, and Veep is certainly one way to get all of your political anger out.

It's as smart as The Handmaid's Tale and nowhere near as stressful. Mike Schur will sooth your soul with some sweet philosophy and dumb jokes. If Parks and Recreation was your go-to calming show before, try this new alternative.

Cry it out while remembering that good, thoughtful people do actually exist.

The renewal fight is still being fought, so now is absolutely the time to get into

No, this British series (once called Scrotal Recall) about three roommates struggling in and out of various romances and sexual trysts isn't political or dystopian in any way. It's just the ultimate palette cleanser and might help you trust in love after Handmaid's Tale.