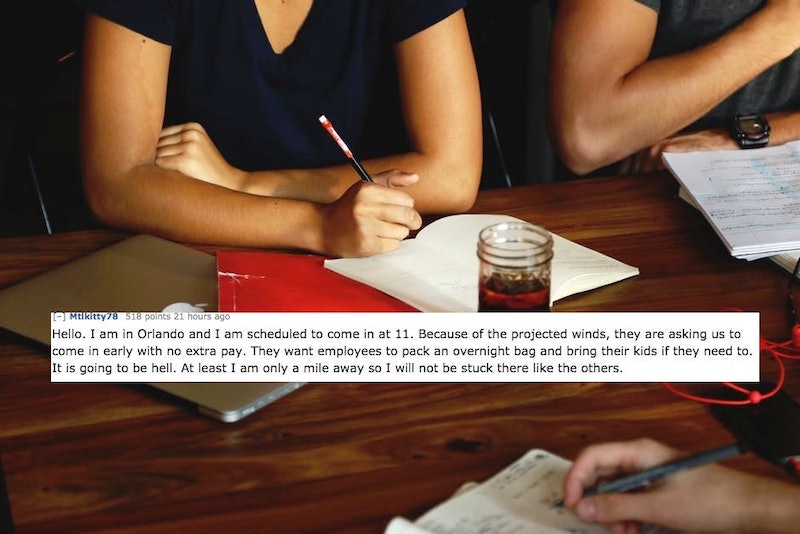 With Hurricane Irma barreling down on south Florida, hundreds of thousands of Florida residents are being forced to make an impossibly difficult decision: stay put, or evacuate.

The answer is seemingly straightforward: if you can, get out. Satellite projections predict Irma could be one of the most devastating storms in the state's history, and its peak intensity of 185 mph already makes it the second-strongest storm in recorded history.

“Few people alive have experienced a storm like this,” wrote Bryan Norcross, a hurricane specialist at Weather Channel. “It is reminiscent of the great hurricanes that unleashed their fury on Florida in the first seven decades of the 20th Century.”

In addition to hurricane-force winds of around 150 mph, which can down trees and rip up houses, the National Hurricane Center is warning of dangerous storm-surges which could cause the water-level on the coasts to rise as much as 6 to 12 feet, inundating surrounding areas.

But for some residents, their decision to evacuate is made significantly more complicated by employers unwilling to give them time off. Some Floridians have taken to Reddit to share how their employers are responding to the threat of Hurricane Irma, and while most are going out of their way to ensure their employees are safe, others are forcing their workers to choose between their job and their personal safety.

Here are 14 stories of how some Florida employers are handling Hurricane Irma prep.