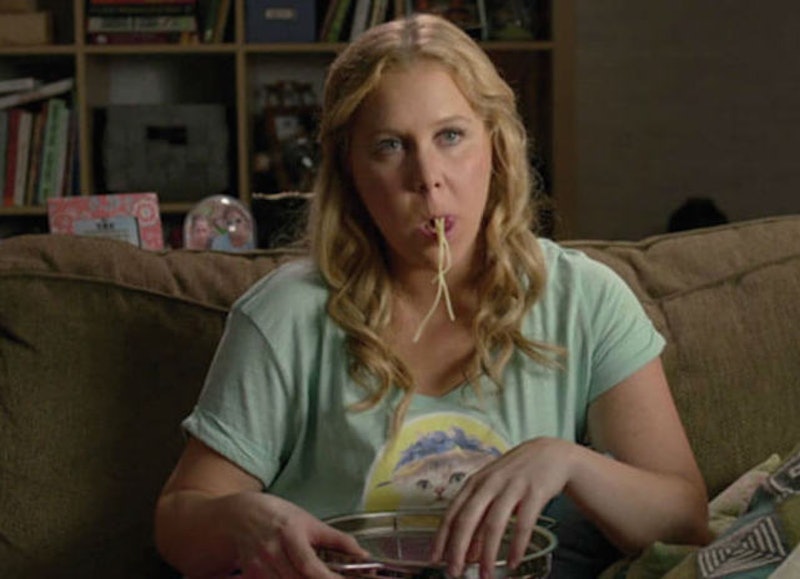 As someone who's spent most Valentine's Day holidays alone on the couch scrolling through my social feed that looks more like a flower and chocolate picture parade, I know what it's like to feel left out and like the rest of the world is part of some lovely party that you're not invited to. Furthermore, I know what it feels like to feel sorry for yourself, to avoid pharmacies in February, and to scoff at love because I don't have it.

But I also know what it's like to overcome the mid-February blues. Because Valentine's Day isn't about celebrating couples, it's about celebrating love. And whether you're in a relationship or not, you have plenty of love to give and receive. It's as much about loving your friends and your family as it is about loving a partner. And by no means should we even give a greeting card-founded holiday the power to make us feel a certain way about ourselves.

If you're single right now, you're exactly where you should be. Don't let Valentine's Day make you question where you are in your life. If you need some more convincing that it's OK to skip the sob-fest this V-Day, here are some of my favorite quotes to empower you:

“Being single used to mean that nobody wanted you. Now it means you’re pretty sexy and you’re taking your time deciding how you want your life to be and who you want to spend it with.” — Sex And The City

"I don't think that because I'm not married it's made my life any less. That old maid myth is garbage." — Diane Keaton

“She was stronger alone.” — Sense And Sensibility

“I don’t need Prince Charming to have my own happy ending.” — Katy Perry

“I'm single because I was born that way.” — Mae West

“I have love in my life. I just don’t have a relationship, and that feels really natural right now.” — Taylor Swift

"To love oneself is the beginning of a lifelong romance." — Oscar Wilde

"Discover why you’re important, then refuse to settle for anyone who doesn’t completely agree." — Fisher Amelie

"I celebrate myself, and sing myself." — Walt Whitman

“Cinderella never asked for a prince. She asked for a night off and a dress.” — Kiera Cass

"I never found a companion that was so companionable as solitude." — Henry David Thoreau