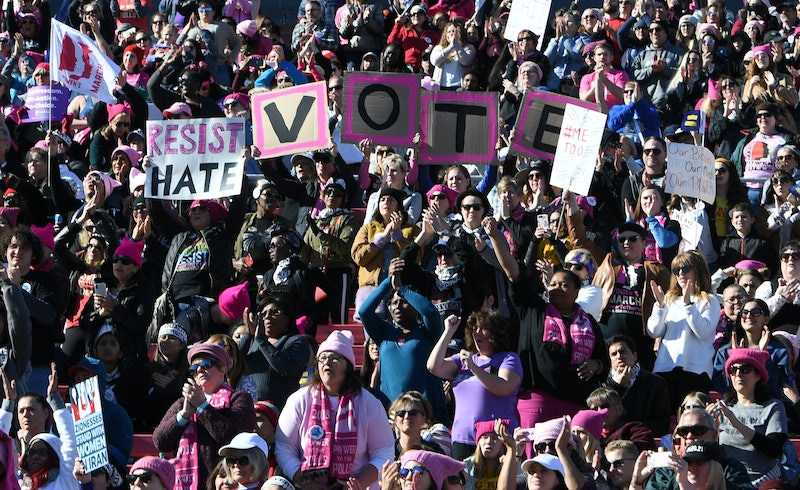 Even if you keep up with the news on a regular basis, it can be hard to stay completely up-to-date on what’s going on in the White House. After the 2016 election Americans on the whole were critiqued and mocked for having little-to-no understanding of civics and the ways of government in our own country — but really, how can we be blamed for lacking knowledge about civics when the folks who’ve made civics their life are running around like the Three Stooges on an ayahuasca retreat?

However, since it’s become abundantly clear that a new generation of leaders is going to have to take the reins (sooner, rather than later, please) it might be important to garner some sort of clue about what is actually going on in politics right now. These books about politics in America will help you get started. (And no, it’s definitely not all bad. I mean, there's plenty of bad... But there’s a lot of really great stuff being done right now. And a lot of it is being done by women.)

Here are 15 books that will help you understand politics in 2018, because this is a huge year and you need to be informed: