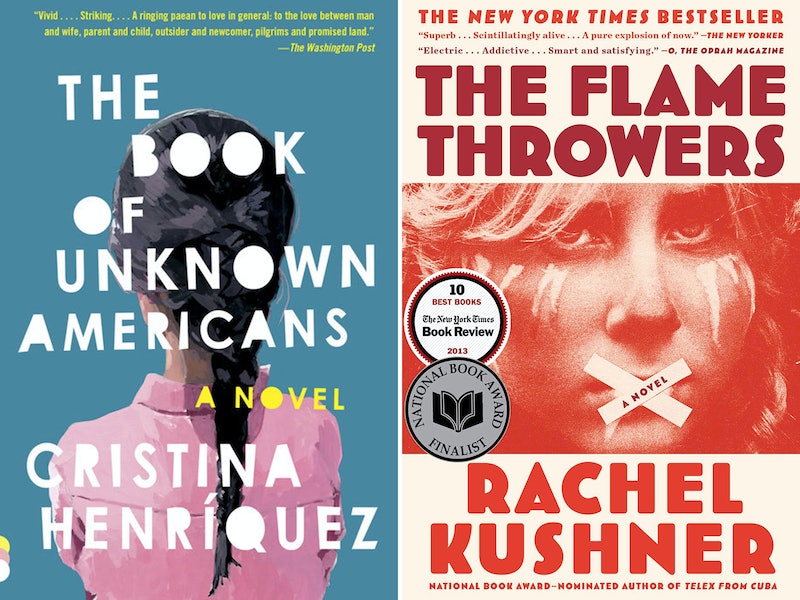 It’s the dream of every American writer: the siren song of writing “the next great American novel”. A novel that, as Lena Dunham (and, admittedly, many others) have put it: acts as the voice of a generation. Dozens of novels have been given the informal, though coveted, title — from James Fenimore Cooper's 1826 novel, The Last of the Mohicans, (though, to be accurate, the term “Great American Novel” wasn’t actually coined until 1868) all the way to, most-recently, Jonathan Franzen's 2010 title, Freedom. The honor, interestingly enough, has even been given to writers who weren’t, themselves, American. (I’m looking at you, Vladimir Nabokov — who joined the ranks of Great American Novel-writers for his 1955 title, Lolita.)

But for anyone who isn't utterly enthralled by the allure of penning the next great American novel themselves, Great American Novels can get a bad rap; most notably for being written by white American men of privilege and/or only telling stories of white American boys and men. And sure, while the list of Great American Novel-writing novelists could stand to be a lot more diverse, it’s actually not the MOST patriarchy-driven, whitewashed book list I’ve ever seen. But still, we could do better.

So in the spirit of reading more diverse books, here are 15 books that have been called ‘the next great American novel’ — and what to read instead. (Or, you know, in addition to.)