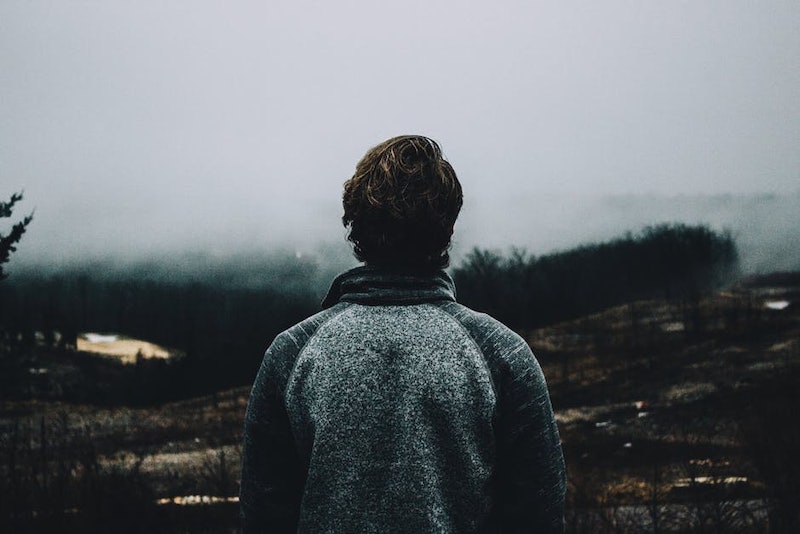 It's not uncommon to call someone "psycho," but just like many other mental health terms that get thrown around, the term is often misused. However, there are people who are actually psychopaths, and if you're concerned someone you know might be one, you can look out for certain clues that someone has psychopathic tendencies. Although sometimes used interchangeably with sociopath, a psychopath differs because they don't have a conscience, which can make them hurtful to others and sometimes dangerous — although unlike what the movies would make you believe, not all are violent or murderers.

The term "psychopath" is actually not used in the official Diagnostic and Statistical Manual of Mental Disorders handbook. Instead, the DSM — which is used to categorize and diagnose mental illness — uses the blanket term "Antisocial Personality Disorder."

"The definition and usage of the term psychopath has morphed over time," says clinical psychologist Dr. Carla Marie Manly over email. "The term psychopath was first utilized around 1900 to describe persons who exhibited little or no sense of ethics or concern for the rights of others. The diagnosis of Antisocial Personality Disorder is used to describe individuals who 'habitually violate the rights of others without remorse.'

More like this
Ashley Benson Revealed The Whole-Body Effects Of Her Anxiety On TikTok
By Stephanie Topacio Long
These Are The 3 Most Mellow Zodiac Signs
By Kristine Fellizar
Emily Ratajkowski & Pete Davidson's Astrological Compatibility, Revealed
By Nina Kahn
This Company Will Send STI Tests Right To Your Door
By Lexi Inks
Get Even More From Bustle — Sign Up For The Newsletter