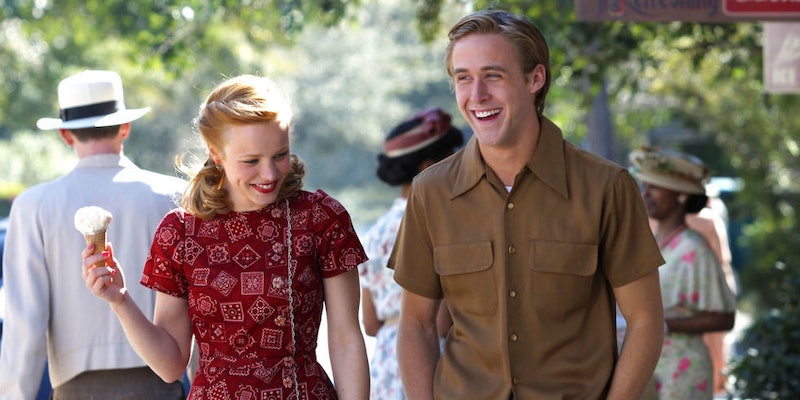 Revisiting our old favorite films is often a pleasant experience, but noticing dated and offensive moments can and should mar any jaunt down memory lane. Unfortunately, there are lots of movies you didn't realize were sexist when you first viewed them, but can now distinguish as problematic. This doesn't mean you can't watch or enjoy them. Labeling classic movies as sexist is not in any way an attempt to censor films, no matter what some men on the internet might say. Instead, it's a way to increase the dialogue surrounding a film and promote a full understanding of its messages and context.

What makes a movie sexist is that it promotes sexist culture. Almost any mention of the sexism in a movie on the internet will spawn commenters defending the historical/contextual facts of the movie's sexism, vouching for the character of the movie's creators and fans, and doing whatever they can to avoid the label of "sexist." Most of these critiques seem oblivious to the purpose of naming and examining sexism; people are influenced by movies in countless subtle ways, and sexism thrives by constant repetition in movies, conversation, and more. In determining which movies to include in the following list, I've thus mostly focused on the films that depict sexist behavior that goes unexamined and is in some cases celebrated, both in the film itself and in the cultural conversation surrounding it.

While most John Hughes movies hold up well, watching 16 Candles in 2017 will probably leave a sour taste in your mouth. There's a pretty horrifying date rape plot in which "The Geek" has sex with a passed-out girl, and it's all pre-meditated and discussed as some kind of heroic triumph of the underdog.

The Audrey Hepburn-starring musical seemingly appears to critique sexism, but the fact that the classically misogynist Henry Higgins stays virtually the same throughout the film doesn't do much to shake up gender roles. After all, the musical's last lines are "Eliza, where the devil are my slippers?"

3. It's A Wonderful Life

The Christmas classic is beloved by many, but the "horrific" alternate reality George Bailey visits is disturbing beyond the intended reasons. The fact that his brother is dead and his wife is a spinster working at a library are depicted as almost equal tragedies. Without George, we're supposed to understand, Mary has nothing... except a good job.

Stream It's A Wonderful Life here.

The main issue with Love Actually is that in a movie that supposedly tells a lot of different love stories, the only active, dynamic characters are men. And a lot of the "love" is pretty creepy. Don't take my word for it; Lindy West is the authority on tearing down stupid, sexist movies.

While still a cultural touchstone, Pretty Woman sends a lot of strange messages about what makes women worthwhile, in addition to its moralizing about sex work. While Vivian seemingly transforms throughout the movie, going from unrefined to respectable and poised, the only thing that appears to have changed is her clothing. This sends the slightly troubling message that the only way to get respect is to buy it (with money given to you by your wealthy lover).

In addition to just being overly nostalgic for the gender roles of yore, Grease ends with Sandy completely changing her personality and style so that her man (and his friends) will like her. I wish Danny had kept his letterman jacket on, for a little equilibrium.

Chinatown is considered a classic, and it's in many ways a great movie. However, the fact that Jack Nicholson's "hero" character Jake beats up Faye Dunaway's Evelyn so that she'll reveal the depth of her abuse goes disturbingly unmentioned for the rest of the movie, and in many of the glowing reflections on the film.

Hitchcock movies, however great, often paint women as obstacles whose emotions and stupidity are the catalyst to great evil. Flighty socialite Melanie in The Birds starts the movie's horrifying events by sending a prank gift to the home of a guy she likes.

Like a lot of ironic takes on misogyny, Animal House satirizes frat culture in a way that makes it look pretty appealing. The fact that making the choice whether to rape a passed-out girl (who is later revealed to be 13) is played as a joke is the issue with this style of comedy.

The issue with When Harry Met Sally is that it's a romantic comedy, meaning that the two leads have to end up together in the end. This kind of ruins the thesis that men and women can be friends without any romance that Sally argues at the film's beginning. The fact that cynical 20-something Harry's thesis that sex is always a key part of the relationship between men and women is proven right is so frustrating.

If you make the argument that the Godfather movies are sexist, lots of people will tell you that the film isn't sexist, it's about a sexist society. However, the patriarchal society at the center of the film rarely comes into question, and it's telling that the film is one of the primary sources of mansplaining out there.

Sure, there aren't any women in the source material either, but the fact that Tolkien and the Peter Jackson could envision a world with hobbits, elves, and all-seeing tower eyes but couldn't imagine a society with more than a handful of significant women is almost baffling.

Stream The Lord Of The Rings here.

13. Indiana Jones & The Temple of Doom

If you go back and watch the original Indiana Jones movies, you'll discover a pretty disappointing amount of racism and sexism. Willie Scott, for example, serves as our hero's love interest and sidekick for multiple movies, but almost all that we know about her is that she loves perfume, diamonds, and shrieking.

There was some winking sexism in the most recent Star Trek movie that, like most winking sexism, was just sexism. In one particularly egregious scene, Alice Eve ends up in her underwear for...basically no reason at all.

There are many movies in which the man perseveres in the face of rejection and is rewarded, but The Notebook's Noah's persistence is an especially egregious example of ignoring a woman's explicit wants, especially considering the fact that the film is considered one of the greatest love stories of all time.

Once again, calling these movies movie sexist does not mean you can't watch them, that you are a misogynist for watching them, or that the movies were made by people with an explicitly sexist agenda. All of these films have merits in addition to their flaws, and advocates for free speech should recognize that decrying criticism as censorship is, in fact, an attempt at censorship.

More like this
Twitter Is Identifying With Sally Field & Jane Fonda’s Friendship In New Viral Video
By Jake Viswanath
11 Movies To Watch At The 2023 Sundance Film Festival
By Chloe Foussianes
Here’s Everything Coming To & Leaving Netflix In February
By Jake Viswanath
Austin Butler Recalls Lisa Marie Presley Showing Him Elvis’ Bedroom
By Jake Viswanath
Get Even More From Bustle — Sign Up For The Newsletter
From hair trends to relationship advice, our daily newsletter has everything you need to sound like a person who’s on TikTok, even if you aren’t.