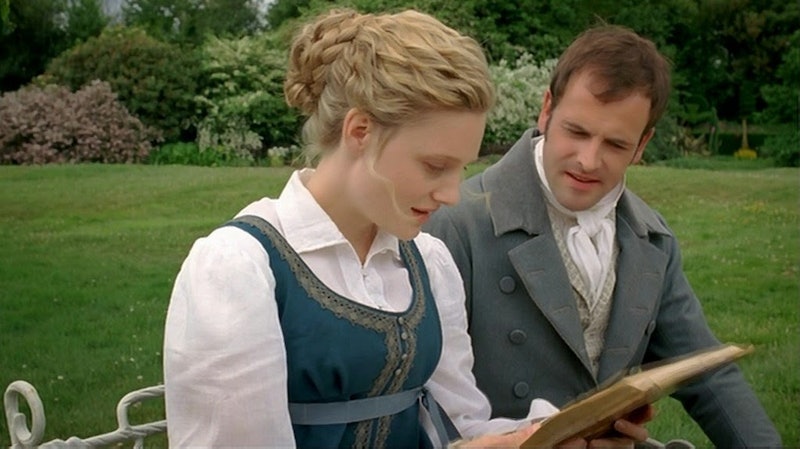 Nearly 200 years after her death, Jane Austen still captures the hearts and minds (and bookshelf space) of readers everywhere. The author of six major novels that featured some of the most strong-willed and complex heroines English literature had ever seen, Austen is also responsible for writing some of the most romantic lines in all of literature — which could be one reason her fiction has been told, retold, reimagined, and adapted for screen and stage for over two centuries. From the countless replays of a rain-soaked Matthew Macfadyen (you know you do this too), to the improbable Pride and Prejudice and Zombies, to the HuffPost’s recent speculation that if Austen were alive today, she’d be “a star Bachelor live-tweeter” (totally with you there), the Jane Austen obsession shows no signs of abating anytime soon. And let's be honest: we wouldn’t want it to.

But modern manifestations aside, there’s a reason Austen’s novels have rarely been out of print since they were first published — from Sense and Sensibility in 1811, to the posthumously-published Persuasion in 1818 — and that’s the writing itself. It’s Austen’s language — the humor, the wit, the emotional suspense, and of course, the romance — that keep readers coming back for more, over and over again.

Here are 15 of the most romantic Jane Austen quotes of all time (including one line that will leave any book lover weak in the knees.)

More like this
9 Must-Read New Books Out This Week
By K.W. Colyard
Yomi Adegoke On The Offline Diaries & The Power Of Representation
By Jessica Morgan
16 Novels That Paint A Realistic Portrait Of Abortion
By K.W. Colyard
The 43 Best Mystery Books To Read Now
By Morgan Leigh Davies
Get Even More From Bustle — Sign Up For The Newsletter