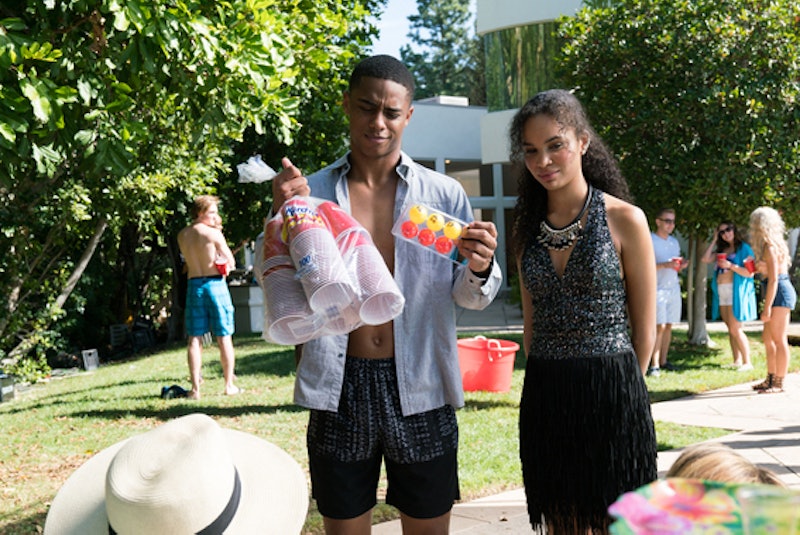 High school can be a heady swirl of emotions and events high and low — the thrill of crushes, the cruelty of bullying, scene drama, and figuring out who you are. It's one of the rare experiences that almost everyone shares, regardless of where they grew up, their gender, their race, or anything else. Everyone had to be a teenager once, for better or worse. Because of this, teen movies and shows, often set in a high school, are a genre in and of themselves. Luckily, there are a ton of these teen series and movies streaming on Netflix for when you need to scratch that nostalgic itch.

All of these movies and shows dip into the complicated emotions of being a teen and surviving high school. Some are super realistic and heady, while others verge on the supernatural or into straight horror. (Which actually makes sense — nothing is scarier than being a teenager and not knowing what to do with yourself. Each of these 15 teen movies and shows will bring you back to those intense four years in the hallways, for better or for worse. Check out a few of the below picks on Netflix if you're in the mood for a good teen show — just prepare to feel some major nostalgia, as well as a wave of relief that you're no longer a teenager trying to survive high school.