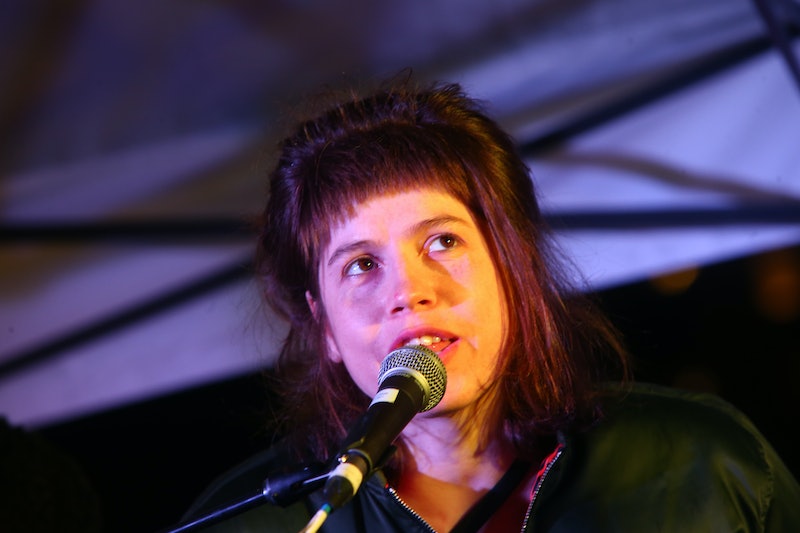 Emotional labor is how we manage our feelings and expressions within the contexts of personal and professional relationships. And it's mostly expected of women. The first definition of emotional labor was provided by the sociologist Arlie Hochschild who, growing up as the child of diplomats, would often observe the boundaries people would delineate between their own experiences and the outer world they were inhabiting.

Later on, the definition expanded itself after scholars of gender and women's rights activist began noticing how the burdensome onus of making others feel good is often placed on the shoulders of women and femmes. With the complexities of race and class added, emotional labor becomes even more exhausting. Women of color and female immigrants, Hochschild explained in an interview with the Journal of Consumer Culture, have to navigate different levels of their identity — race, migration, class — at once while carrying out emotional labor in their workplaces.

There are many ways in which emotional labor is implicitly demanded of women and femmes in our society. From the intimacy of personal relationships to the realm of professional dynamics, women are the group of people expected to carry out most of the emotional labor.

Here are some of the ways emotional labor is expected of women and femmes.

It is often expected of us to be automatically ready to take care of children and the elderly. While there is nothing wrong with providing care for either group, the expectation is relegated starkly to women because of perceptions on maternalism.

2. Our Language Must Be Feminine — Always

Whether it is in a personal setting or the workplace, women are often expected to be the sounding board for people's problems. Ironically enough, when the very same need to vent is expected of other people, women are seen as harpies.

4. Parenthood Is Expected of Us

If women do not take to parenthood immediately, it is assumed that there is something inherently wrong with them. Such a massive expectation is not made of men.

Co-workers often expect us to mediate conflicts and find ways to improve company culture. In case it isn't obvious, these are tasks meant for the Human Resources department.

7. Our Imperfections Are Magnified

Impostor syndrome is very real for women in the academic field. Our imperfections are magnified and chastised much more harshly than our male peers who get away with a lot.

In terms of entertaining guests, it is often expected of women to carry out the labor of not only providing perfectly-cooked edibles but also playing the role of the ever amicable hostess whose patience and grace is unending.

9. We're Expected To Be Constantly Kind And Forgiving

Whether we are being harassed or disrespected, we are expected to turn the other cheek, so to speak. While there is nothing wrong with being kind, there is something inherently wrong in demanding a frequently harangued human being to be ever peaceful.

Even more frustratingly enough, we are expected to facilitate bonding between us and opponents. Men are not penalized for responding with aggression. In fact, they are valorized.

Women are expected to grit their teeth and tolerate the constant disrespect, objectification, and general unpleasant behavior from men because "boys will be boys." Funnily, there is no equivalent like "girls will be girls" because girlhood is an often exercise in testing the limits of our patience.

12. Our Safety is Only Our Concern

Ideally, a society would be vigilant about every single constituent's well-being but when we go out, we are expected to remain hypervigilant about our own safety by keeping an eye on our drinks; letting our friends know about where we are; providing timestamps and landmarks so they know we're here in case something happens; wearing something that is not too provocative but also not too tame (lest it be called boring because we have to make sure our date is pleased with our appearance but doesn't assume that it is OK to come on to us because our thighs are shown); looking over both shoulders every few steps after the sun is down; and positioning keys between our fingers while walking home in case we are attacked.

A man's guide to going back home safely? Walk.

When we do choose to speak out about the constant sexism, racism — general misery of being marginalized — we are "too sensitive."

14. Our Physical Appearance Must Comfort Others

We are told to smile and make adjustments to our appearance and behavior in order to make ourselves more appealing to others. We are asked to take less space, make less noise, and keep our facial expressions as sweet as possible. Men, on the other hand, can do what they please and won't be microscopically analyzed for their physical appearance.

15. We Must Facilitate Conversation

These are only 15 of the numerous ways in which emotional labor is expected of women. What is worse is how so much of our energy is spent on these demands and how, at the end of the day and without any monetary compensation for making the world go round, we don't have any energy left for ourselves. If you are someone who is not typically asked to do emotional labor, you can help by ameliorating the burden and taking tasks upon to help others out.

The nature of emotional labor is that it is not always explicitly visible, like physical labor. It is more mental and psychological than it is bodily. It takes a toll on a human being's mental health.

Ultimately, it drains the energy needed for fighting against the very same patriarchal system that perpetuates these demands.

More like this
Women Around The World Are Cutting Their Hair In Solidarity With Mahsa Amini
By Darshita Goyal
Romance Authors Are Mobilizing For Reproductive Rights
By Natalia Perez-Gonzalez
Bustle Daily Newsletter: October 4, 2022
By Hayley Schueneman
Here's Your Daily Horoscope For October 5, 2022
By Mecca Woods
Get Even More From Bustle — Sign Up For The Newsletter