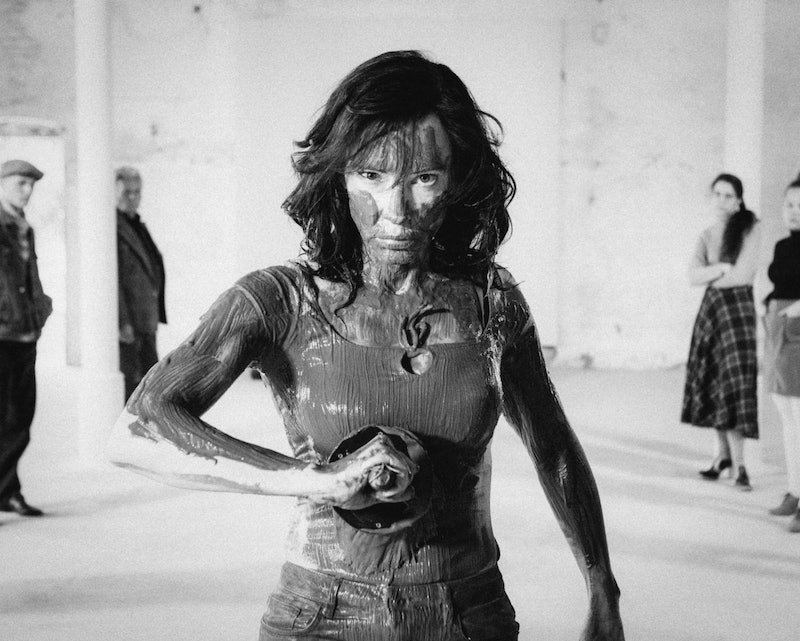 Spoilers ahead for Documentary Now! Season 3, Episode 4. Performance art is a complex, avant-garde art form — so much so that it's difficult to parody. And yet Documentary Now! does just that in their Season 3 episode, "Waiting for the Artist." The episode follows an artist named Izabella Barta (Cate Blanchett), who has an upcoming career retrospective in her hometown of Budapest. Leading up to the event, audiences get to see clips of her past work, as well as the piece she's chosen to perform. And while Izabella's performance art pieces are bizarre, they're also quite realistic, and don't as much skewer the experimental genre as much as mirror it. After all, it's difficult to parody an already outrageous artform.

According to Hyperallergic, Blanchett's Documentary Now! character is based on a real-life performance artist, whose documentary, Marina Abramovic: The Artist is Present, follows a similar trajectory leading up to her 2010 retrospective at the MoMA. Izabella's artistic partner and former lover, Dimo (Fred Armisen), also appears in her work, as well. However, it's clear that she was the real talent, and he was both ripping her off and dragging her down. Here are all 16 of Izabella's performance art pieces that are referenced in "Waiting for the Artist," ranked chronologically.