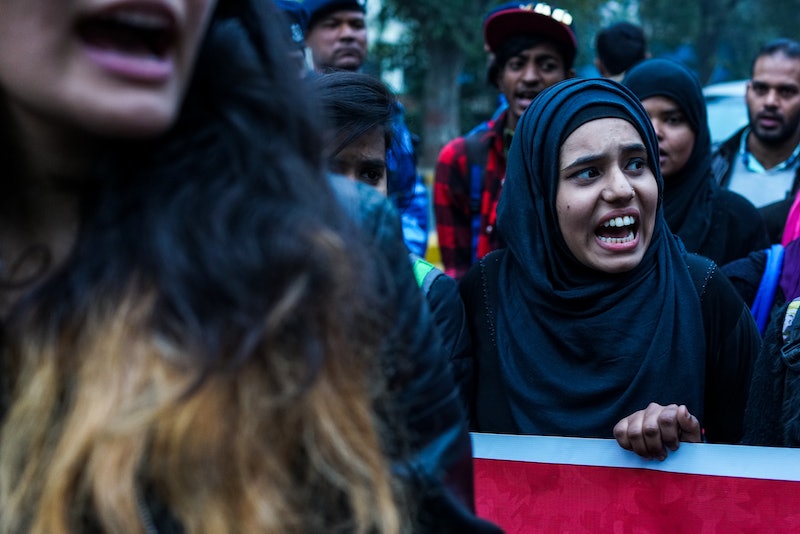 In terms of women's rights, history will not be kind to 2017. It's only October, and myriad legislatures and governors have already put forward bill after bill to limit access to abortion. In total, 1,257 provisions for sexual and reproductive health legislation have been introduced — and more than 400 attempt to limit abortion rights, according to the Guttmacher Institute. On top of that, Trump's administration is moving backwards on abortion and birth control access. Here are the 15 most infuriating reproductive restrictions that have been put in place so far in 2017.

A caveat: Some of these will be challenged in federal court, and that could put a stop to some of the more far-reaching laws. Just Friday, a U.S. District Court judge blocked some of the worst laws seen in Arkansas (which you can read about below) with a temporary injunction.

But for how long? The Supreme Court last addressed an abortion restriction in the spring of 2016 when it threw out Texas' regulations on abortion facilities and the "need" for providers to have admitting privileges at local hospitals. Even that decision was just 5 to 3. With Neil Gorsuch on the court, that likely puts the balance at future decisions at 5 to 4.

In addition, any any retirement or death of a justice during Trump's term could alter the balance of the court and open up a situation in which Roe v. Wade could be overturned. With that in mind, fighting these sexual reproductive rights restrictions at the local level is now more important than ever.