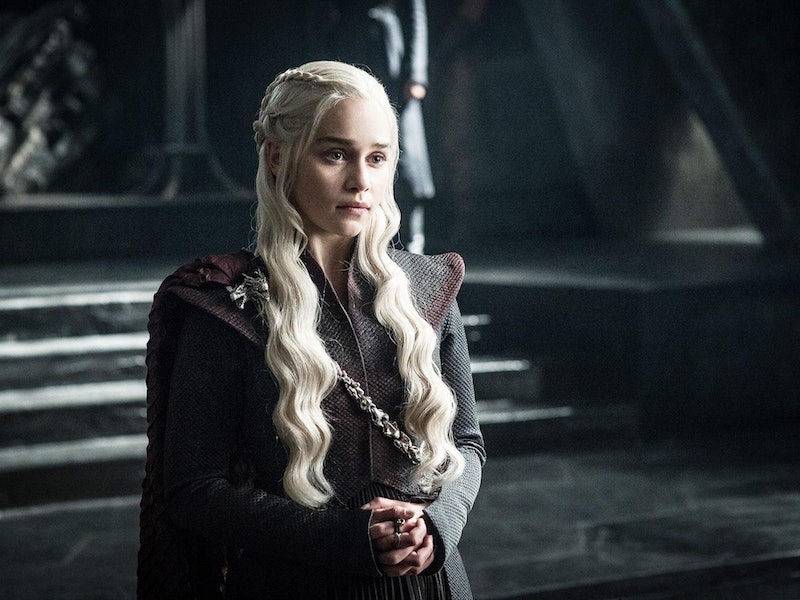 Game of Thrones may have issues with its treatment of women characters, but one thing they've done right is introduce the world to Daenerys Targaryen. Daenerys, also known as Khaleesi or Mother of Dragons (or about a million other names), may currently be portrayed on the series as a woman spiraling into tyranny and following in the murderous footsteps of her father The Mad King — but everything we've seen of her throughout past seasons totally goes against her being at all evil. Between Seasons 1 and 7, we all got to know Dany as a powerful leader who, though certainly not perfect (who is, anyway), is determined to use the power she knows she's owed to help make the world a better, more equal place. She's championed women, put those who threatened her based on her gender in their place, and generally kicked ass for years now. There have also been some pretty great feminist quotes from Daenerys during Game of Thrones. This character does not deserve to be remembered as anything other than a champion, and these quotes prove it.

Dany has proven her feminism not just as a powerful female leader, but also as someone who has tried to make everyone feel as though they are equal. There's a reason she has the name Breaker of Chains — Dany spent most of the first portion of the show freeing slaves and punishing Masters who refused to change their ways. She also gave all of her soldiers and her right-hand woman, Missandei, a choice on whether they wanted to stand by her side or not. While Dany has always treated those who fight for her like friends and not people who are lower than her, she also isn't afraid to assert herself or act like a true leader, and that's how she's gotten as far as she has.

No matter how the show ends, Daenerys will always be the feminist GOAT of Westeros in my eyes. Here are some feminist quotes from Daenerys in Game of Thrones that will leave you feeling empowered: