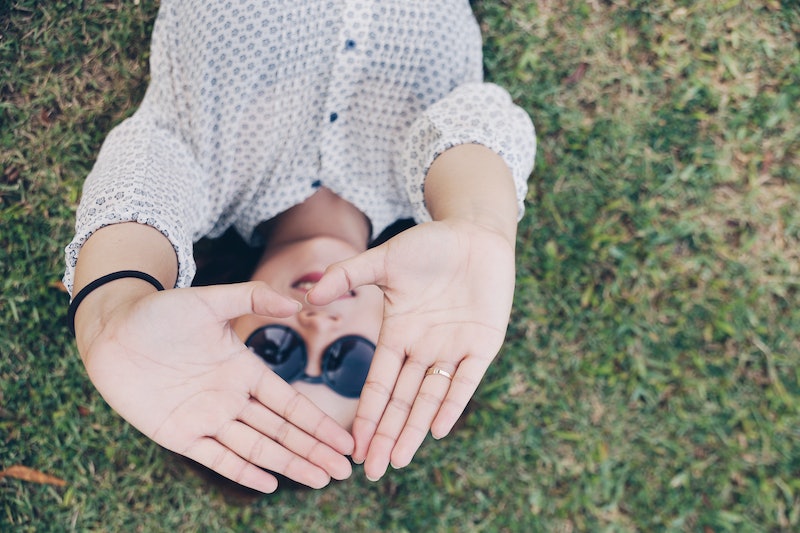 Aki Tolentino/Unsplash
By Eliza Castile
May 24, 2017

Following catastrophes like 9/11 or the Manchester Arena attack in May, even Kimmy Schmidt, fictional optimist extraordinaire, would struggle to keep a smile on her face. It may be a cliche, but "no news is good news" can feel painfully accurate when bombings, disasters, and politics are what we read about every day. Although a list of hopeful quotes isn't going to totally restore your faith in humanity on its own, it might be enough to remind you that people aren't total garbage. Sometimes, we're even pretty great. After all, we invented cat cafes, where you can drink coffee and adopt fluffy, purring kittens to your heart's content (or at least until friends and family stage an intervention). If that isn't proof that good exists in the world, I don't know what is.

Feline enthusiasm aside, 2017 has had its ups and downs — perhaps not as many disasters as 2016, but that's to be expected when competing against a time widely agreed to be the worst 12 months since the year My Chemical Romance broke up. It's been a rough year at times, but zeroing in on bad news is a one-way ticket to never wanting to get out of bed again. Positive thinking, on the other hand, is thought to improve your mental, and maybe even physical, health.

So in December, when you're looking back at 2017 from the passenger seat of your self-driving car, recognize the good as well as the bad. Here are 17 quotes to help with that.