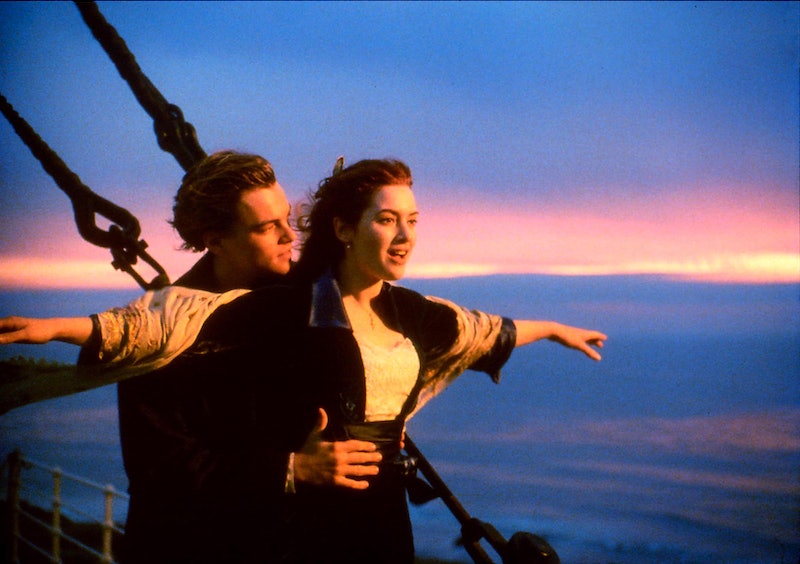 As 2015 comes to a close, I find myself looking back in nostalgia over not just the past 12 months, but the past 20 years or so. Specifically, at all those '90s songs that still give me all the feels. More than almost anything else, songs from early in my life bring back those memories in crystal clarity; I can remember where I was, what I was doing, how I was feeling, and sometimes even what I was wearing when I heard them. It's kind of spooky. But it's also pretty cool, so I wanted to share a list with you of the '90s songs I connect with most strongly, even... two and a half decades later. Ouchies, that was jarring to write down. I feel old; quickly, play these songs so I can rediscover my youth!

For you, maybe a list of the feels-iest songs of the '90s might swing a little bit more toward rock, or at least fringier songs that not everyone had heard of. But for me, this list is gonna be pretty much all pop all the time, and specifically pop ballads, because you can't slow-dance to "Jeremy". Believe me, I tried. In the category of Things I Remember Most About Middle School, right at the top of the list is the look on a boy's face after I asked him to dance with me during a song that turned out not to be a slow song at all oh my god oh my god. I am legitimately short of breath just remembering that.

So here they are, folks — the 17 songs from that time period that can still hit me right in the feels and send me skidding back in time to the 1990s.

This classic song that has become a karaoke anthem (though, no one can sing it just like Whitney) is at the top of the list. It would be on here even if Houston hadn't tragically died in 2012, which sometimes just makes it harder to listen to.

These lyrics are seared into my brain forever, which is probably the case for anyone who watched the early '00s show The O.C. This song was used during Summer and Seth's slow dance, and instantly became one of the most iconic scenes of the series.

Written by Gwen Stefani about bandmate Tony Kanal after he ended their seven-year relationship, this song still gets me every single time I hear it.

This song was originally released by John Michael Montgomery as a single in 1993. In '94, All-4-One released their version of the song, which landed on the Billboard Hot 100 in 1994. If this song doesn't immediately transport you to a school dance where you avoided eye contact with your dance partner while swaying to one of All-4-One's most memorable songs, I don't know what would.

This song is the theme song for probably the majority of '90s kid (and yes, it almost feels shocking that it came out before Y2K to me, too). According to Billboard, the song spent two weeks at the number one spot on Billboard's Hot 100, and stayed on the charts for 32 weeks.

The original version came out earlier, but Elton John retooled this version as a tribute to Princess Diana after her passing in 1997. It spent 14 peak weeks on Billboard Hot 100's.

Oh I'm sorry, your young life wasn't irrevocably changed by Titanic? Speak for yourself. The song, which became the main theme song for James Cameron's 1997 film, is still to this day one of the most beautiful songs every written. Dion is still performing it, like at the 2017 Billboard Music Awards in celebration of the 20th anniversary of the film.

God bless you, Boyz II Men. At the time, we had no idea what we were singing about, but boy did we love those harmonies. Fast forward more than 20 years, and the song is inspiring articles, like Blavity's 2017 take that "Boyz II Men's "I'll Make Love To You" Is Basically The Perfect Guide To Sexual Consent"

Still a karaoke staple of mine... come at me. The song, which also became an international hit, was nominated at the 1999 MTV VMAs, but lost to Wyclef Jean's "Gone Till November" in the Best W&B Video category.

Used to listen to this whole album on my Discman while I was supposed to be asleep, and could probably still recite it word for word if you need me to.

The song, which has continued to be a mainstay in music "throwbacks," was nominated for 10 MTV VMA awards in '95, as well as two Grammy awards. Although it didn't win any Grammys, it did win Video of The Year, Best Group Video, Best R&B Video, and Viewer's Choice at the Video Music Awards.

At the time, I had no idea what this song was referencing, and now I know it's about arousal. With song lyrics like, “I feel a little poke coming through,” and “Now girl, I know you felt it," it's pretty hard to ignore exactly the message this song is sending.

Can confirm that I am still both a creep and a weirdo and this song is still about me, just like it was when it came out.

Incredible that we all draped our arms loosely over each other and swayed to a song as intimate as this one as TEENAGERS. What was our life.

Remember how hard your parents tried to bond with you over the fact that they knew Aerosmith, too? And you were like, "Oh my god stop, you're ruining it for me." The song was nominated in '98 for an Oscar (it was the theme song for Armageddon) but lost to The Prince of Egypt's "When You Believe."

Almost 20 years later, I can tell you that this one holds up as a pretty solid description of what it's like to be an adult. Plus, it probably rushes you back to the cult-classic '99 film, Cruel Intentions.

As a friend of mine said, "Somewhere, in a cold, dark place, Savage Garden is waiting, hoping for a mention," and here it is boys! Now you've really made it.

I'm sure there are plenty of songs I left off this list that do in fact give me all the feels that I've just forgotten about — and feel free to hurl yours at me via Twitter — but in general I feel like this is a pretty accurate representation of my musical tastes in the 90s, for better or for worse. This is me, everybody! Warts and feels and all!

This post was originally published on December 24, 2015. It was updated on June 3, 2019. Additional reporting by Allison Piwowarski.

This article was originally published on Dec. 24, 2015