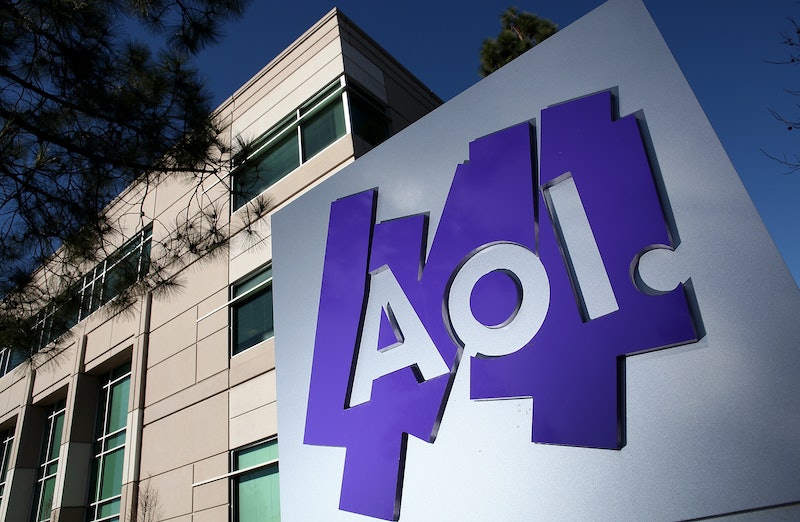 The fact that AOL and Yahoo! are merging has been public knowledge for quite some time now, but the moniker that the new company will go under has always been a mystery. That is, until Monday, when AOL CEO Tim Armstrong finally revealed the name of the highly-anticipated merger. And that name is Oath. As you might have guessed, the decidedly interesting rebrand was immediately commented on by just about the entire Internet with scores of quality memes about Oath, Yahoo, and AOL.

It's unclear what exactly "taking the oath" entails. It's equally unclear why AOL and Yahoo! opted for the name. Quite a few people compared it to Tronc, the equally-strange name that Tribune Publishing adopted in 2016. But at least "Tronc" meant something — it stood for Tribune Online Content, supposedly — and sounded kind of like a fun video game or toy or something. "Oath," meanwhile, is decidedly not fun. It's deadly serious, not terribly inviting, and doesn't seem to have anything to do with technology.

As such, Twitter had a field day. Here are some of the best Oath memes out there, courtesy of the good folks of Twitter.

It's true. Unfortunately, it was no joke.

Oath yes they did!

3. Not Appealing To The Youngsters

"Oath" certainly doesn't have a young, hip feel to it.

"Oath Mail" sounds a bit too much like "oatmeal" to take seriously.

This is what happens when you name your company after a common word that's already been registered as a Twitter name.

Yes. Yes it does.

Tronc was a bad name, sure. But Tronc ain't got nothing on Oath.

10. Or Maybe It's Something You Spray

"Be careful, Oath is watching!"

13. What Do You Call Someone Who Works At Oath?

Someone who continues working there, meanwhile, is now an Oath Keeper.

So get those Troth jokes ready, everybody.

Because you'll probably see it on one.

Not gonna lie — I'd be stoked to have an @oops.com email address.

It's true. Nothing will ever beat Tronc jokes.

Still, maybe it's too soon to judge the merger. After all, Oath is only a name, but that doesn't mean the jokes won't keep flowing in.

More like this
Twitter Is In Utter Meltdown After 'Derry Girls’ “Poignant” Finale
By Sam Ramsden
TikTok Is Using A ‘Love Island’ Sound To Expose Their Weird Crushes
By Courtney Young
What Is “Night Luxe?” Breaking Down TikTok’s New Aesthetic
By Courtney Young
The Viral TikTok “30,000” Sound Fits Nearly Every Scenario
By Courtney Young
Get Even More From Bustle — Sign Up For The Newsletter