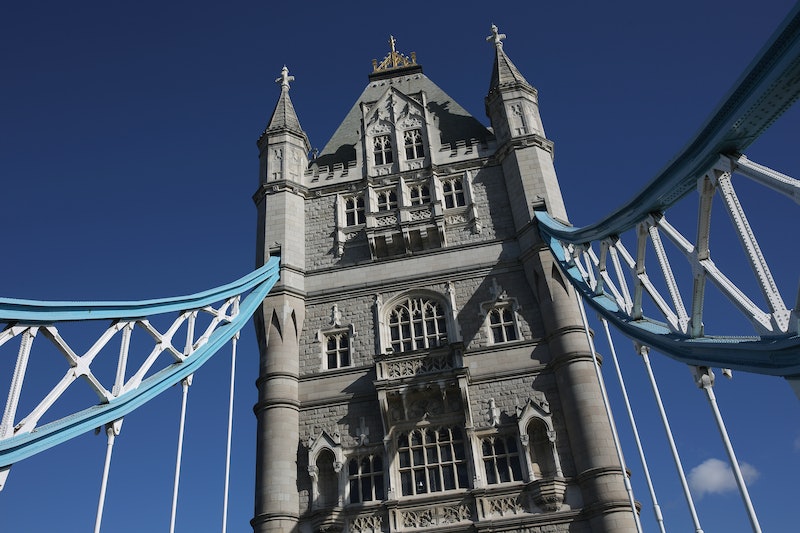 A day after seven people were killed and nearly 50 others were injured by a terrorist attacks near London Bridge, you may not expect the people of Britain to find humor in the world's news headlines. Yet, The New York Times seemed to set off a show of good spirits when its headline turned into a comical and relatable trending topic. On Sunday, tweets about things that leave Britain reeling showed how resilient the United Kingdom can be.

On Saturday, the Times published a story with the headline, "2 Attacks in London as a Reeling Nation Faces More Terror." (Online, the headline had either started out different or was changed after the fact. Either way, the story called Britain a "reeling" nation.) The story described the violent attacks that took place near London Bridge: A van reportedly drove into pedestrians, on the bridge and three men reportedly stabbed others at Borough Market. The story also reminded readers of the explosion that occurred two weeks prior in Manchester, at the end of a packed Ariana Grande concert. That attack killed more than 20 people.

While it's true the U.K. is undoubtedly mourning, it was also apparent on Sunday that the people of Britain had not totally lost their identities in the violence. Resilient as ever, they showed the Times just what "reeling" is to them.

Fingers crossed for no more shortages this year.

Life is better when everyone does their part.

Yes, this is an actual photo of a man holding his beer as he flees Saturday's attack.

All hail the Northerners.

Why would you do such a thing?

But did you microwave it?

I don't want to wait for an attendant.

But at least you minded the gap.

Taking Up Too Much Space

Is that a sheep in an IKEA bag?

It's not your turn.

They're not the same.

Which team are you on?

The politeness is unreal.

It's not just England.

Britain may be reeling from the recent series of terrorist attacks, but the British spirit has not been dampened. On Sunday, the humor on Twitter seemed to lighten the mood after a dark day in London.