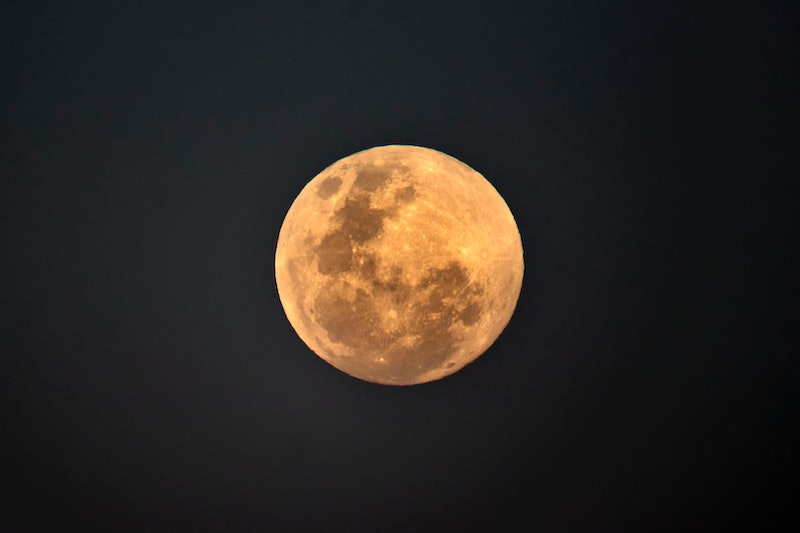 The winter of discontent is going to come a little early for a few zodiac signs this year. And the zodiac signs that will have a rocky November — Aries and Capricorn — might want to spend this month in bed with their Netflix queues. Overall, November is a mixed bag. While its intense Scorpio energy has the opportunity to strengthen relationships, it doesn't mean getting there won't be a treacherous walk through the dark night of the soul. "Scorpio season [lasts] until Nov. 22, [prepare for] a time of intensity and deep diving, especially at the Nov. 7 Scorpio new moon," the Astro Twins explained on AstroStyle.

Aside from the new moon, November is a virtual game of planetary musical chairs. "The planets are making all kinds of costume changes this month. Jupiter and Uranus will switch signs, moving into fiery new placements. And messenger Mercury, love planet Venus and ethereal Neptune will spin in and out of retrograde in the second half of the month, calling for some course corrections throughout November." While Scorpio's dark and twisty energy has the potential to make all signs feel extra bajiggity, Aries, Cancer, Libra, and Capricorn will feel the most at sea this month.

For Aries, the single-minded trendsetter of the zodiac, November is going to throw up some roadblocks that could force you to scrap your plans and come up with something new. The more you try to get back on track, the more it's going to feel like your trapped in quicksand. In order to get right-side up again, you're going to have to surrender to Scorpio.

Part of this is due to Mercury turning retrograde mid month. "In the first half of November, do some 'Mercury-proofing' by backing up your data, triple-confirming any travel plans and thinking before you blurt out a brusque or tactless remark," the Astro Twins recommended. "This is a time when all signals can get scrambled, technology breaks down, and conflicts erupt. The holidays are already a minefield of miscommunications for many people, so if you can prevent any breakdowns by planning ahead properly, do it!"

Capricorn, sometimes for everything to fall into place you have to spend some time laying the groundwork. For you, November is all about getting ready for 2019, and it might feel like one long chore. However, it's important to remember that the decisions you make now will determine how the next year plays out for you. This means you're going to have to spend the next month putting in more hard work than you'd like.

"With Saturn in the forefront of your chart and Jupiter in the background, this can be a year in which working hard is in focus. Things that come your way tend to be through your own strong efforts, rarely strokes of luck," Cafe Astrology revealed. If this has you feeling annoyed, remember that having the power to make chart your own course can actually be a blessing, and each reward will be one that you've truly earned. Happy Scorpio season my friendlies; may the odds be ever in your favor.