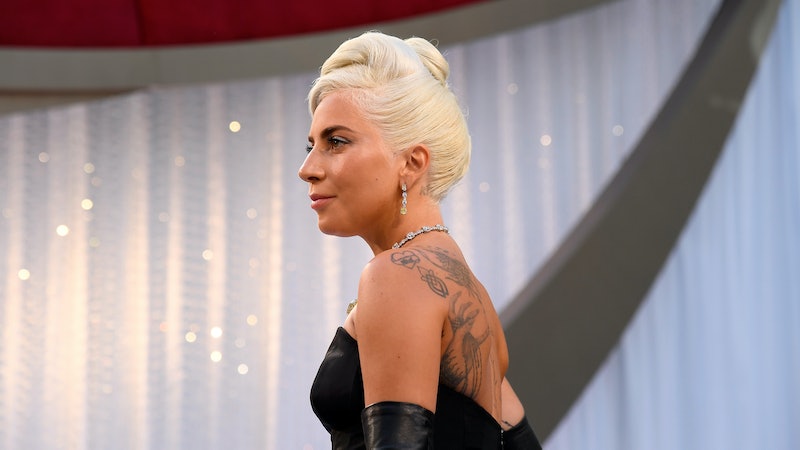 Other than deciding on an actual tattoo design, the other big decision people ponder when wanting ink is where to put the darn thing. As tattoo trends change, so do the ways in which they’re placed. As of late, spine tattoos are circulating the web as just one of the trendy ways to rock a tattoo.

A spine tattoo (or anywhere on the back) is ideal for people who want to commit to one but can cover it up on most occasions, which makes this trend popular for, well, anyone.

However, now that spring is in full bloom, the warmer days may call for a look with an open back to show off a new cool tattoo on the spine. People on Instagram vacationing or just rocking swimsuits early have shown off spine tattoos with minimalist and super graphic designs. Between line style and quotes, there’s plenty of ways to decorate the back with ink.

Tattoo fans can find a lot of back tattoo inspiration from influencers on social media. Not to mention, the spinal tattoo trend has traveled far and wide to big celebrities like Sophie Turner and Lady Gaga.

If a new back tattoo sounds like a good move for this spring, here are 20 of the best spine tattoo ideas on Instagram.

For some tattoo lovers, dainty and minimalist is the way to go, and this one from winterstone done on Sophie Turner is right on the mark. While it only goes a few inches down, it's easily visible with even the slightest open-back outfit.

Winterstone often tattoos celebrities, and the artist has even done up this beautiful one on Lady Gaga. The A Star Is Born performer got the spinal tattoo in March in tribute to the song her character sings in the movie that reads "La Vie En Rose".

3. An Alignment Of Planets

This piece of work from Okanuckun is the middle ground between a cool graphic design and a minimal tattoo. It's one tattoo that makes a bold statement when bared.

4. The Genesis Of Eve

The New York City based tattoo parlor Bang Bang Tattoo shared this detailed design from its artist Maks Mrzv of a shattered clock and snake covering up Eve scad of everything but a red apple, and it's a head-turner to say the least.

Tattoo fans can also go with a powerful quote to grace their spines. Hector Daniels, who's also based at Bang Bang Tattoo, created this one that reads "You're Stronger Than You Know".

6. A Spine Of Leaves

Halley Berry recently revealed that she'd had this giant back tattoo for a while and posted it to Instagram for its debut. A stem of leaves align on Berry's back, and this is one tattoo that takes spinal designs to a whole new level.

Celebrities like the Biebers and Kaia Gerber have sought out Jon Boy for his super tiny, but detailed designs. This spinal tattoo shows a quote written in script that says "I Am The Hunter".

Lauren Jauregui is another star who's sought the work of tattoo artist Jon Boy for a similar style tattoo in script that she got for her birthday. The tattoo says "I Am That I Am".

Tattoo lovers who are firm believers in astrology, this spinal tattoo has motifs drawn all throughout this design.

For tattoo artist Yuly Arbulu Otero, this tattoo is a "his-and-hers" piece, showing two detailed profiles of two people. Those who are into line work, this style may be their calling.

All throughout tattooer Fedor Nozdrin's instagram are images of maps, star signs, and plenty of circular graphics. For something more dynamic, tattoo fans can find inspiration in one of these travel-inspired designs.

“Strength Is What I Gain From The Pain I Survived” is what's written on Jn Mulianto's back in script. For some tattoo lovers, a meaningful message makes a back tattoo all the more special.

Content creator RagsxRuby actually achieved this spinal tattoo without using any permanent ink. In fact, she shared that used a semi permanent tattoo from Inkbox to achieve this cute floral back tattoo.

Marked by Morelli drew up this cool line work design of two sketches of someone's profile. If a regular line tattoo seems too simple, this style spices things up.

Something as simple as a matte black solar system grazing the back makes for a dope spinal tattoo. Tattoo artist Not_an_escalator also happened to draft this piece up in henna.

16. A Spine Line Of Symbols

Some line tattoos are more detailed than others, and this one from circus tattoo is a minimalist dream. The series of symbols embedded throughout this design makes this piece way more than just a line tattoo.

This super cute rose design that's similar to Halle Berry's giant leaf tattoo. Patty Punto dons this spine of roses on her back and even while a peek-a-boo back, it's still a showstopper.

Danielle Marie shared this beautiful quote tattoo from one of her favorite performers, Modsun. Whether one can read it from far away or up close, the script alone is an eye-grabber.

Yorkshire based artist Kate Challinor tattooed this beautiful piece for a client of a flower sprouting from the words "New Comings" written in Spanish.

While this tattoo from Megan Green may be one of the most minimalist of the bunch, it's also one of the most impactful. A line tattoo is simple, but if placed in the a unique spot (say the spine), it makes for a bold look.

There's so much space to work with when it comes to getting a spinal tattoo, and social media proves yet again that the possibilities for designs are endless.