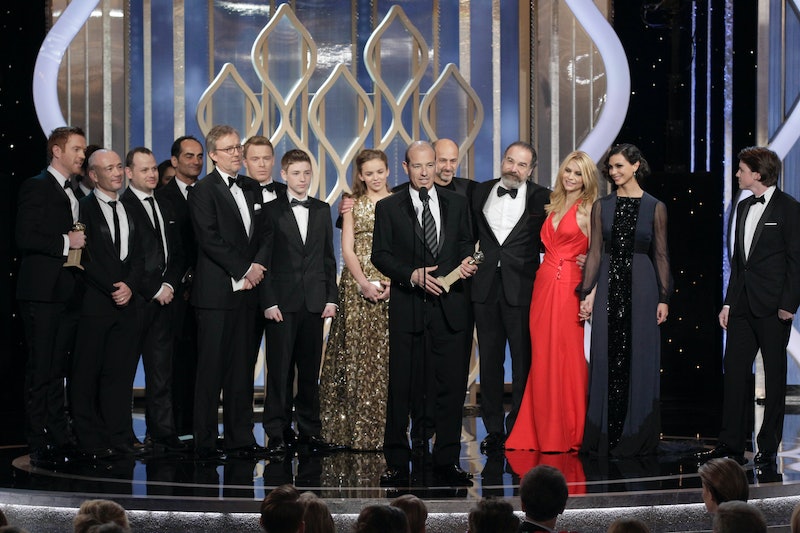 It's an in-between moment of the year, with a little extra time and, with everyone out of town (or just checked out), a lot less going on. It's also the grace period between the announcement of Golden Globes nominees and the actual awards ceremony on Jan. 7. That makes now the perfect time to catch up on any nominated films you might have missed. But with temperatures at their lowest and the wind chill up, who wants to leave the house? Thankfully, there are a handful of 2018 Golden Globes movies streaming right now, so you can keep your cinephile credibility and keep cozy.

Many of the big-time nominees, especially those up for Best Picture (including The Shape Of Water, Call Me By Your Name, and The Post) are still only available in theaters. Some, like Helen Mirren's bid for Best Comedy Actress The Leisure Seeker, won't be officially released in the U.S. until after the Golden Globes. But 2017 was a long year, and several of the movies are available right now in the warmth and comfort of your home. The Golden Globes are considered the "pre-Oscars", able to sway votes for the late-spring ceremony via the bandwagon effect — if something's already won an award, it must be good, right? Still, upsets happen, which is why it's all the better to see the films, and judge for yourself.