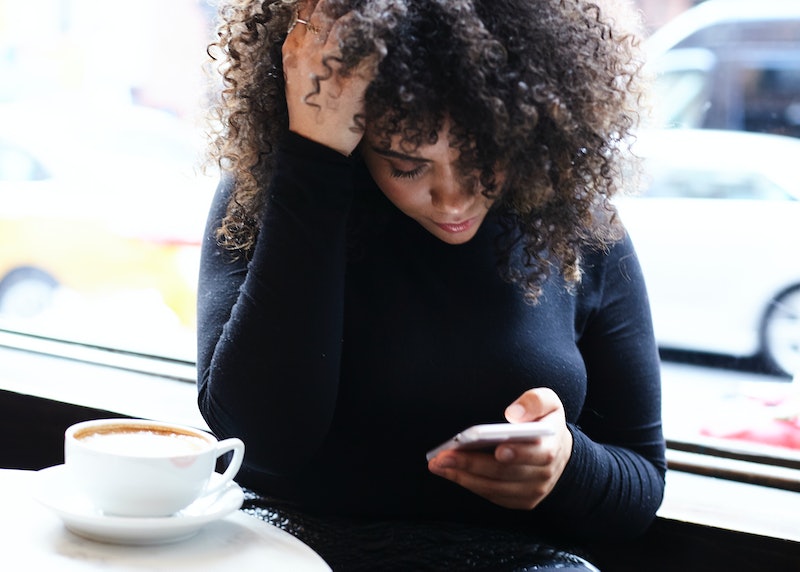 In a majority vote Thursday, the Federal Communications Commission decided to kill rules that protected Americans' right to a "free and open" internet. These rules had safeguarded what's called "net neutrality," meaning that any website you visit and any TV show you stream load as fast as your Wi-Fi strengths allows. Now that net neutrality is dead, internet service providers like Comcast, Verizon, and T-Mobile are able to slow down or speed up your loading times as they choose.

Make no mistake: Those same providers who now have the power to control your internet speeds have promised not to. In a statement Thursday, Comcast reiterated: "Is Comcast creating Internet fast lanes? No, we’ve said consistently we’ve not entered into paid prioritization agreements and have no plans to do so."

This is probably true. The FCC's decision to end net neutrality is expected to be met by a flurry of lawsuits, which will slow down — but probably not stop — the process of formally abolishing it. You can expect the FCC's decision to be tied up in the courts for months, if not years, and it's possible that future administrations will once again make net neutrality the law of the land.

That said, while you don't have to worry about paying extra for your favorite niche website to load, say, tomorrow, the FCC ruling has legalized a bunch of very questionable business practices. Almost all of them are to the benefit of corporations, and not consumers. None of them 100 percent will happen — but, as of Thursday, all of them legally could.

1. Your TV Shows Will Lag

Yes, you already pay to access Hulu, Netflix, HBO Go et al, but you don't pay any additional money to stream it quickly. That can change: To stream your favorite shows faster, whether it's through a shiny new Apple TV or your beaten-down PC, you may have to pay additional costs.

2. The Internet Startup Bubble Will Burst

The Verge estimates that close to 1,000 internet startups will die a quick death if net neutrality is overturned. Now that it has been, those startups are in danger. That's because they're not likely to be included in internet service providers' hypothetical "packages" — you could pay a flat "Music" fee for the fast loading of Spotify, iTunes Radio, Pandora, and certain digital stations, for example — and so they'll load slower.

If a website loads super-slow, how likely are you to keep being a consumer in the long-term? Exactly.

3. Protests Can Be Censored

This is one of the most troubling aspects of the FCC's decision. While internet service providers have sworn blind to not do anything untoward with their new power, they now have the ability to censor online protests.

If a provider like Comcast was strongly opposed to a Black Lives Matter protest, for example, it hypothetically could force the event's page to load slower.

Another enormously troubling aspect of the FCC's decision: An open internet, broadly speaking, means greater social mobility, and therefore if you grow up in a low-income neighborhood and your public school isn't up to standard, for example, you can teach yourself almost anything via the internet. The internet is an educational tool, both in America and throughout the world. If you cut off people's access to that tool, then the less privileged are less able to learn skills. In other words, a reversal on net neutrality helps the poor stay poor.

5. Critical Articles Will Pose A Danger

Again, this is purely a hypothetical: Let's say a small investigative outlet posts a devastating article about shady goings-on at Verizon. If that outlet isn't part of a package, then Verizon could technically slow down loading times for that outlet, meaning that less people would be incentivized to read it.

It's worth repeating that internet service providers, including Verizon, have promised not to do just that. Still, it's hypothetically possible.

6. You Won't Have A Full Selection Of Apps

If an app uses a ton of data (a gaming app, for example, or a navigational tool), then internet service providers could choose to curtail your access to them unless you spend more money or buy a different package.

The providers could well claim that high-data apps require high-speed internet, meaning you need to pay more to use it as much as you want. And that brings us back to the slow death of the internet startup.

This has little and irritating consequences, too: Let's say you pay your bills, like your rent and electric bill, using an app. And let's say that that app is not included in your package. You could spend hours at a time trying to pay your bills online, or you just could buy the package — or be forced pay bills via mail, the old-fashioned way.

Many internet service providers already provide original content. It would make business sense for that provider to lend high speeds to its own content — let's say, TV shows owned and streamed by T-Mobile. If it's easy for you to watch a high-definition TV show at a high speed, you're more likely to watch it. And if more people are watching it, the providers will rake in more money, meaning it'll have more funds to make more of the same.

Any internet service provider could try to incentivize you into watching its content over that of its competitors, and it would be financially pragmatic of the provider to do so. Whether that's by sending you targeted ads for TV shows or articles, or by slowing down the loading time of competing films, the provider could legally do it.

I'm not suggesting marginalized communities in America enjoy equal rights to, say, cis white men, but movements like #MeToo and #BlackLivesMatter have amplified the voices of Americans who have historically been denied one. With corporations able to control what kinds of webpages load properly and which don't, those voices could once again be limited.

10. Information Will Be Trickier To Find

Sure, you could buy certain packages to access certain websites (like this one, for example!). But if a website isn't included in your package, and specific information can only be found on that website — maybe it's information about a rare disease, or intel on a niche scholarly topic — then that information becomes harder for you to access.

11. The American Dream Will Be Compromised

This one comes back, once again, to the death of small businesses and the ever-growing power of corporations. Almost every small business has an internet presence, and right now none of them are given priority over another. Without net neutrality, that could change. Small businesses may not be included in packages, so you may not be able to, say, access their menu or reservation page. So, you go to another restaurant instead. Eventually, the restaurant shuts down. You get the gist.

This is obvious, but frustrating: Not only will you pay for Wi-Fi, you'll also pay to access "premium" content, which is literally anything your internet service provider decides it wants you to pay for. You lose money. Corporations gain money.

13. Corporations Will Have More Power Than Ever

America is wealthy in part because the world's biggest corporations wield a shocking amount of power — a growing problem that contributed to the rise of Bernie Sanders' push for the 99 percent, for example. Without net neutrality, corporations will only command more influence.

14. Society Will Be Slower To Advance

If you limit the open and free internet, you also restrict the sharing of open and free information. That could mean anything from scientific papers being hard to read online to a budding cardiologist learning the newest strategies via Reddit. When you limit information, you slow down the country's progress.

15. Apps Will Be Lower-Quality

The more data your favorite apps use, the more internet service providers could charge you to use it. Not only will certain apps (those using less data) be prioritized, you're more likely to lean on non-premium packages and just use the low-quality apps you can afford.

Sure, you may be able to technically access Stranger Things 6, but it could load super-slowly and in low-definition unless you pay for an internet service provider's premium package, for example. It's like Spotify Premium now: Some people will have the luxury of being able to pay for it, and others will just have to deal with the small annoyances of the non-premium version.

When you were a teenager, maybe you discovered a Reddit thread about mental illness that changed your perspective on what was "wrong" with you. Maybe you found a community of people who also loved to play medieval role-playing games at 5 a.m. Maybe you started a blog of your own poetry and asked for feedback from your readers.

If those webpages aren't included in an internet service provider's package that you pay for, it'll be harder to get onto them — which means less activity and fewer people finding it.

18. It Will Strengthen Class Division

It's no great secret that the 2016 election left America more ideologically divided than ever. With the lack of net neutrality only widening the gap between the poor and the rich, this isn't likely to change overnight.

19. Rural Communities Will Be More Isolated

For many people in rural communities, the internet is a lifeline. Can't access a termination? You can go online and talk to a physician online who can mail you an abortion pill. The only transgender woman in your community? You can find a group of friends and mentors who understand what you're going through at the touch of a keyboard. Unfortunately, net neutrality compromises all of that.

20. Your Health Can Suffer

As mentioned, rural communities with less access to hospitals and physicians are forced to rely more on the internet because visiting a doctor is costly and requires time off work. If you're unable to access WebMD, and you can't afford to see a doctor, your symptoms may go undiagnosed.

The death of net neutrality is bad news for the consumer, but great news for corporations. If Google and Facebook are included in most internet service providers' packages, for example, and most Americans use a popular package, then corporations like this will gain more subscribers than they ever have.

Here's how you can join the fight to save net neutrality.