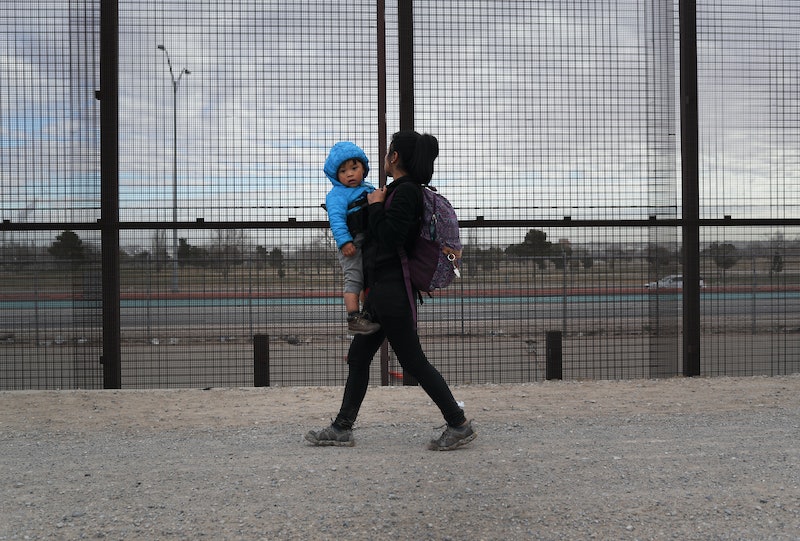 Court documents made public Friday revealed that the Trump administration has agreed to reunite thousands of children living in Central America with parents who currently live in the United States. In an effort to settle a lawsuit brought forth by dozens of Central American families after President Donald Trump terminated an Obama-era program working to bring them together, some 2,700 children will be allowed into the country and reunited with their parents.

Court documents made public by the International Refugee Assistance Project (IRAP), a legal advocacy group for refugees and displaced peoples, revealed that U.S. Citizenship and Immigration Services have agreed to "process the approximately 2,700 individuals who were conditionally approved" for legal entrance to the United States under a program known as the Central American Minors parole program, which Trump abruptly ended in August 2017.

According to NPR, Central American minors separated from parents legally residing in the United States could, under the now defunct Obama-era program, apply for refugee status or parole, which would allow them to legally enter and reside in the country with their parents. According to court documents, the Trump administration will also allow any "later born children who are classified as add-ons" to be brought into the country as part of the settlement.

The settlement agreement hammered out in court comes just over a month after a judge ordered the Trump administration to resume processing children who had already been conditionally approved for parole under the program prior its closure. According to Slate, the Trump administration had quietly shuttered the Central American Minors parole program, providing no notice of the program's closure to applicants until August 2017 when conditional approvals for thousands of minors were reportedly mass rescinded. In December, a judge had ruled that the mass cancellation of conditionally approved applicants was unlawful.

In a press release issued Friday, IRAP hailed the settlement as a victory for separated Central American families. "We are so pleased that after many years apart our clients will finally have the opportunity to reunite with each other in safety," IRAP litigation staff attorney Linda Evarts said in a statement. "These families belong together here in the United States, and we are hopeful this settlement will allow for their swift reunification."

According to IRAP, the Trump administration has, as part of the settlement, agreed to finish processing applicants who had been conditionally approved and were in the final stages of their parole application when the Central American Minors parole program was shuttered. The legal advocacy group said Friday that the government anticipated that most of the approximately 2,700 applicants would be approved for parole and allowed to enter the United States to be reunited with their parents.

In a statement released by IRAP, one of the plaintiffs in the case said they were "so happy" to hear of the settlement. "My heart jumps and cries for joy because there are so many who need to escape danger," they said. "I have faith that I will be together with my daughter and grandson soon."